Apps not appearing in Device Administrators

I'm running Nougat 7.1 on device and I've came across a strange issue.

Some apps show the popup to enable them as 'device administrators', but clicking on Activate does nothing

'Greenify' should be in the second list, but it isn't: 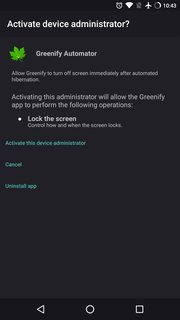 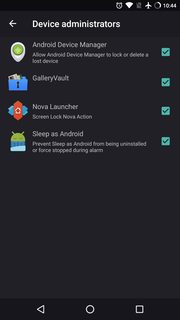 Things I've attempted (That failed to fix the problem):

After thoroughly debugging this issue, I've found the cause. It seems to be a bug with how Adoptable Storage is implemented on my ROM. Any apps that are stored on external storage are not shown in the Device Administrators screen.

When using Titanium Backup, I came across the same issue as newly installed applications were not visible.

Not the answer you're looking for? Browse other questions tagged 7.0-nougat adoptable-storage device-administrator lineageos 7.1-nougat or ask your own question.