I own a lenovo vibe c, currently running Android 5.1. The phone has an internal memory of 16 GB.

The phone ran well for about 8 months, and as my mother used it more it was not put to heavy tasks until I downloaded Asphalt 8 and NFS no limits. Gradually the phone began to lag and it was about two weeks ago that the phone lagged seriously and at last my mother took it to the service centre. The guys at the centre did a factory reset (perhaps) and as a result I lost my games(😭). After that when my mother brought the phone back home I was stunned to see that the internal memory has dropped down to 8 GB (according to the system, see below). But however clean master shows it to be around 4GB (while before it showed the total space to be 16GB): 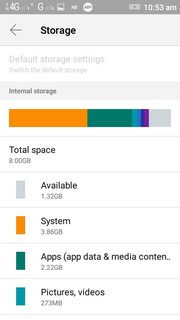 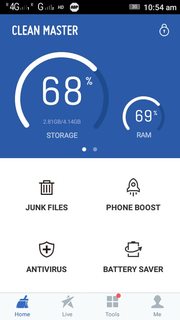 Now I'm really confused. Please help me. Also I want to say that to play the games again without lag I decided to root my phone to install the RAMEXPANDER and swap some sdcard memory to increase the ram virtually. So I also have a question that can the rooting process take away some memory(as a side effect, in case something went wrong) ( I am new to it and so I don't know much about it)

I had swapped about 600MB memory of my internal storage and also I had noticed the problem before I installed the RAM expander. I am totally confused with it, while the system shows 8GB storage, other apps like Clean Master, ES File Explorer, KingRoot etc. everyone shows it to be around 4GB.

Browse other questions tagged rooting root-access internal-storage or ask your own question.