I have two source of contacts in my phone(Lineage 14.1), gmail and whatsapp.

In the contacts app, I have set the option to only show gmail contacts. It works properly (first screenshot). But in the phone app, all contacts are shown, thus getting most contacts twice (once from gmail, and once from whatsapp; second screenshot): 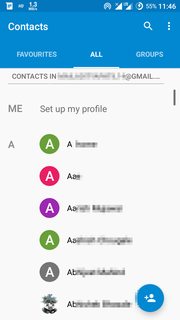 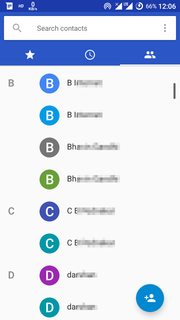 I tried using different phone app, but the result is same. I tried merging the contacts using the mergings apps on play store, but somehow the contacts reappear after using whatsapp.

Is there any solution? A similar question was asked years ago How to show only gmail's contacts in the Contacts app? , but it doesn't have an working answer.

The sync might be on. And all of your contacts are synced with Gmail. Thus it's displaying them.

Not the answer you're looking for? Browse other questions tagged lineageos 7.1-nougat or ask your own question.

9
How to show only gmail's contacts in the Contacts app?