I have a Jadoo4 USB stick that runs on Android, similar to Chromecast. It has an app to watch live TV from East Asia.

I made an APK of that app, but whenever I try to install it on other devices (like my phone), it fails. This is the error that I get on my phone. 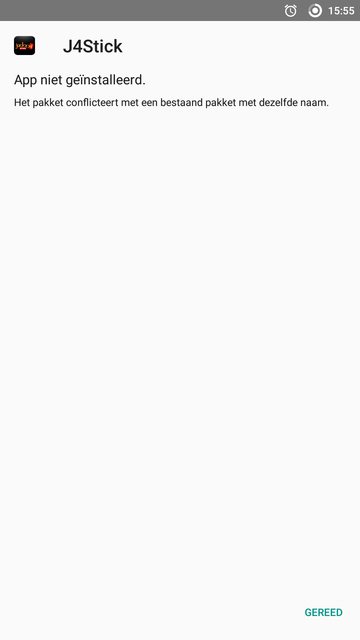 Translation: This package conflicts with another package with the same name

The app is provided by the producer. And I don't know if it's specially made for the device. The device doesn't seem very special. It's like a USB/Chromecast but running full Android on it.

The apk might be corrupted. Try to download it from a different source. Or if you tried to crack it try it with a new pattern(lucky patch).

It means that you might have the same app from another developer or a different app with the name of an existing app.

In that case you have to uninstall the older APK in order to use the new one.

Not the answer you're looking for? Browse other questions tagged installation apk or ask your own question.