I have a number of apps set to "Download on Wi-Fi Only" on Android. But the moment I tether, the phone considers itself on Wi-Fi, even if the upstream device is a metered 3G/LTE connection.

Under Windows 10, I can declare a given Wi-Fi connection to be "Metered", and thus save data usage. Is there an equivalent on Android? Setting the tethered phone to "Data saver" is a partial solution only.

There is a rather hidden feature, that will let you achieve this:

This option is found under Settings > Data usage (Wireless and Networks). 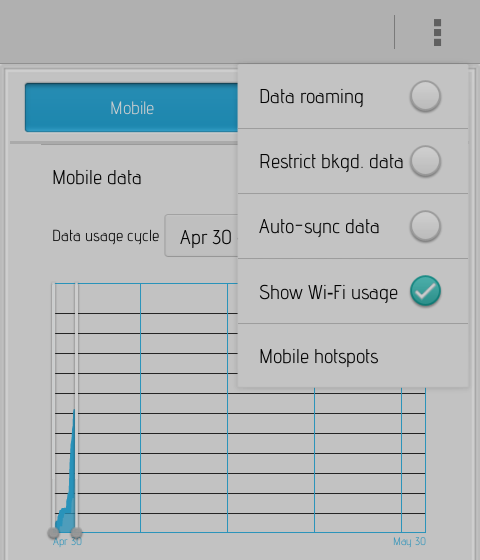 Next you'll see a list of saved wireless networks, and you can check the ones which are mobile hotspots. 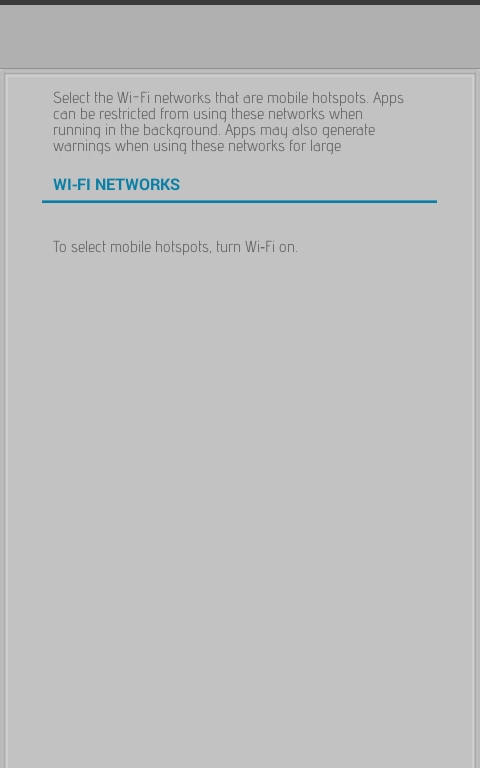 I have included the screenshots for Android 7, since interface and options are different from Android 4.3 above: 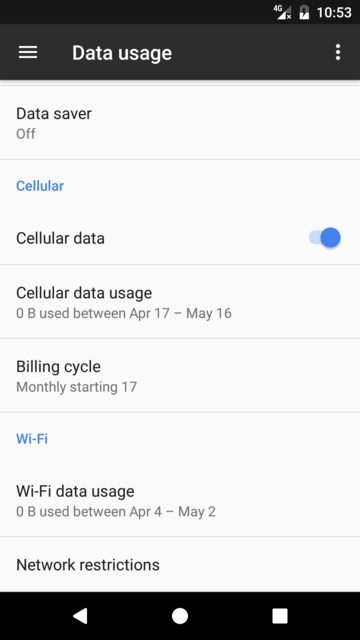 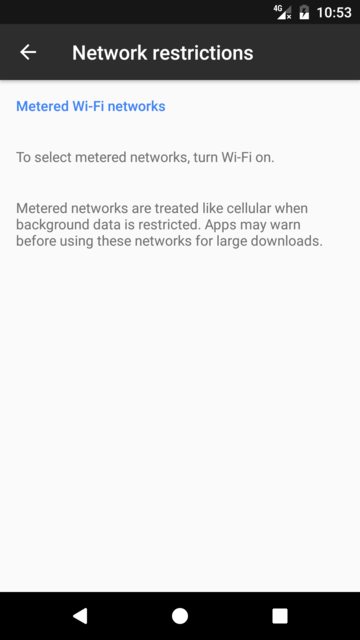 In this way Android applies the same data restrictions as it does with "Data connections" so no data hogging.

Other devices like Huawei have this setting hidden but can be also enable using adb:

After setting up adb, follow this proceedure to set a metered wi-fi network.

Not the answer you're looking for? Browse other questions tagged wifi-hotspot tethering wifi-tethering or ask your own question.

4
Can I set up Wi-Fi and USB tethering on the Galaxy Nexus without rooting it?
2
How can I access USB tethered device from WiFi hotspot?
2
Tethering not working on rooted phone (both WiFi and USB), free third-party apps also fail