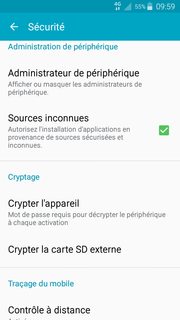 I understand the benefit of 2.: if someone takes my micro SD out and wants to use it on another phone/computer, he won't be able to see my personal files.

In which precise situation would a thief be defeated by an encrypted device whereas he wouldn't be with a standard screen lock with password? (I'm not speaking about external micro SD for which I already understand the benefit of encryption)

To be more precise: is there a way for a thief of a phone with password screen lock but no device encryption to access the phone's internal data (let's say he doesn't know the password / cannot crack it).

over a simple password screen lock: nobody can take the internal memory of my phone out of the phone itself. So what is the advantage of 1. over a simple screen lock with password + SIM code lock?

Understand that encryption is used to protect the data from unauthorized access (device misplaced or lost or alike situations). If you are sure that the device would not fall into wrong hands ever, you don't need the encryption.

As for the quoted text: some devices have their bootloader unlocked; some others don't even have this concept (such as MTK devices) in which case a custom recovery (a bare-bone OS) can be loaded into the Android device which would grant complete unrestricted access to your data if it was not encrypted.

Alternatively, if a PC has access to your device through ADB (think of Android versions prior to JB) than your data is available to that as well.

Some might even go as far as taking out the emmc or the type of storage in your SoC and use it somewhere else. What would your screen lock do if Android is not booted into? Nothing!

In which precise situation would a thief be defeated by an encrypted device whereas he wouldn't be with a standard screen lock with password?

A custom recovery now cannot gives access to your data since it remains encrypted. The thief however can brute force the encrypted partition. Depending upon the power of the machine(s) they've got they may be able to find the key to decrypt the data.

While taking out your phone's internal storage out is harder than the SD card, it's definitely not impossible. Rework stations used to extract chips from circuit boards may be expensive, but not outrageously so (around $1000), and can be rented in many electronic repair shops for tens of $ an hour. 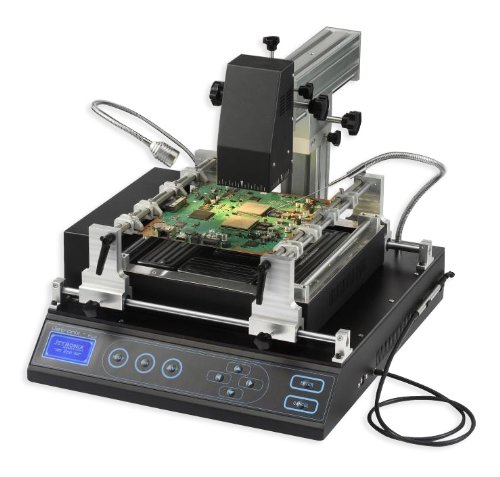 If you have a bunch of stolen phones you've decided to destroy in hopes to get sensitive data (older models you won't be selling anyway), it will cost you a couple of bucks per phone to get the flash chip out.

Reading the flash IC is even easier. Check out this flash reader, which can be bought for under $300 (and about 10 times cheaper on e-bay or aliexpress):

BGA versions of such flash readers are available as well. One of the side-effects of flash memory becoming so inexpensive and omnipresent is a very high level of standardization, to the point where chips from different manufacturers not only have the same physical size and pinout, but also support the same command set.

You are right that there is no advantage of encryption if your device screen lock password can be cracked or guessed by an intruder. The moment he / she does that , there is no security offered by device encryption - Physical possession is ownership and you are compromised

Reason behind this is that Android didn't separately use a password for Disk encryption and lock screen. Lock screen is a part of encryption process. This is a security concern that seems to be overlooked in favour of making life easy for an average user

From Android Security Internals: An In-Depth Guide to Android's Security :

Android doesn’t have a dedicated setting to manage the encryption pass- word after the device is encrypted, and changing the screen lock password or PIN will also silently change the device encryption password. This is most probably a usability-driven decision: most users would be confused by having to remember and enter two different passwords at different times and would probably quickly forget the less frequently used, and possibly more complex, disk encryption password. While this design is good for usability, it effectively forces users to use a simple disk encryption password, because they have to enter it each time they unlock the device, usually dozens of times a day. No one wants to enter a complex password that many times, and thus most users opt for a simple numeric PIN (unless a device policy requires otherwise)

In response to the edit in question, you are reasonably secure if a thief cannot crack or guess your password. But I understand that there are methods available for a sophisticated thief who is technically advanced to compromise your data security (some have been hinted by Firelord's answer )

over a simple password screen lock: nobody can take the internal memory of my phone out of the phone itself...

They don't need to. There's literally YouTube videos about how to do this. Any average person with dedication could do this. Any thief that's made it their life work will thank you for not encrypting your phone, because it'll reduce their effort to mere "minutes" instead of "hours".

We're not living in the Stone Age. This is the age of prolific technology everywhere. If you're not using full drive encryption on your phone, laptop, etc, then your data is very easily accessible. Yes, there is a minor performance penalty for encrypting your phone, and some minor inconvenience, but using encryption is a major inconvenience to those that might gain access to your phone for a short period of time, like an hour or even overnight.

While some critical information is encrypted (typically passwords, PINs, and the like), most of your data is opaque, and can be used to commit all sorts of Bad Things™ with that data. By using full device encryption and a secure password, you avoid being a casual victim.

No security is absolutely perfect, but using a PIN instead of encryption is only protecting the "front door" of your system. Many phones can be accessed through back doors, such as SSH servers, safe mode kernels, and more. Many devices simply do not get security "right." Full device encryption helps bridge that gap in security.

There are still some risky, but theoretically successful attacks you can do against encryption, but those are still outside the reach of casual thieves. Phones without encryption, however, can be broken in by anyone that actually bothers to get a hold of your phone with the intent to get your data. Phones with encryption are usually only good for one thing: reselling on the black market. In many cases, your data is far more valuable than the device itself.

The main and ultimate reason is for the safety of your personal data. Even if it's not immortal, it can protect you against most "garage workshop" level of intrusion.

First, Physical possession is ownership is wrong. What's the intention for a lock screen (with password prompt)? Yes, it's to prevent unauthorized normal access to a device (originally computer). However, as the age goes, people have learnt to bypass the lock screen by booting into another separate operating system and then they'll gain access to everything. The intrusion technology has evolved by a lot ever since. Does the computer refuse to boot into an alternative system? No problem. Take the drive and grab another computer.

That's the origin of data encryption. When a simple password, there's hardly any difficulty to bypass the protection. If any datum is encrypted, it won't be accessible without the correct key. With a good encryption algorithm, brute-force attack is confidently impratical. No one wants to crack some data for tens of years. It has helped a lot with data security.

Encryption is intended as an add-on protection. In other words, it's not a poka-yoke (aka foolproof). If someone keeps on telling others his lockscreen password, or he hasn't set a LS PW at all, the encryption can do... pretty nothing. When you meet an extremely malicious guy, he can steal your phone and pick off the storage chip, ano use another device to extract data. In that case nothing is effective except physical encryption.

Why not encryption? Don't you store very private photos that you don't want to leak?

Personally, I don't. Firelord made it right.

If you are sure that the device would never fall into wrong hands, you don't need the encryption.

Well actually... Although it might seem like your data is safe without encryption and with a screen password, the reality is that it's vulnerable to root based exploits.

The device is compromised in the sense that it is accessible via adb or a USB exploit.

With full device encryption, the data is completely impossible to get to as the screen lock is required at start up.

No password/lock/pincode implemented without encryption can protect your data when attacker has physical access to device. Because there is always (yes always) a way to alter these locks. But when there is encryption, altering doesn't work because data remains scrambled until password is found. (Or cipher cracked, but this is very very unlikely to happen when cipher is strong)

Not the answer you're looking for? Browse other questions tagged 5.0-lollipop security lock-screens encryption .

3
Lost Android Phone data security
1
Is it easy to remove encryption's password prompt on boot if I don't want it anymore?