How to check if bootloader is open?

2) Is it still correct that only the manufacturer can close the bootloader once it has been opened? Or is it already possible to close it by yourself?

Hint: I bought a used Nexus 5x and I want to check if the bootloader is actually closed, so there hasn't been any changes to the ROM.

Boot into fastboot mode by holding VOL- then POWER until the screen lights up with an interface like this: 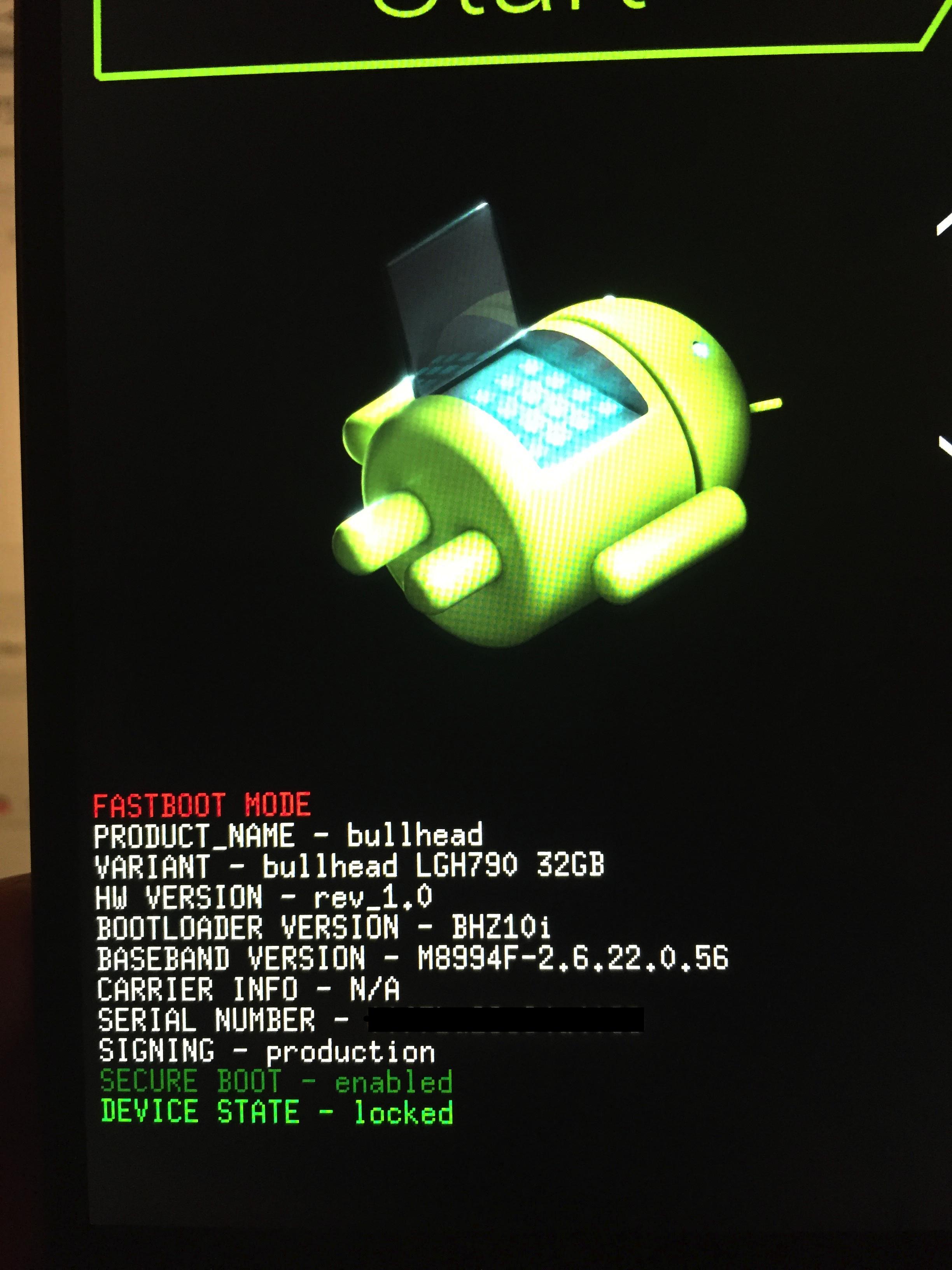 The last line will indicate lock status: "locked" or "unlocked".

Anyone can easily issue a relock of the bootloader by executing fastboot oem lock. This had been the case from nearly the very beginning - not sure where you got the impression that only manufacturers can do it.

Although the relock command triggers a factory reset, if the ROM itself was modified (modified /system, plus a custom kernel that turns off dm-verity), relocking will not prevent the OS from booting up afterwards, therefore it's not an optimal way to make sure the phone hasn't been tampered with. If you absolutely want to stay clean, unlock the bootloader and flash a factory image.

Lastly, an additional suggestion: if you like to play around with the phone (root, etc.), keep your bootloader unlocked so that you wouldn't end up with a brick when things go wrong.

Not the answer you're looking for? Browse other questions tagged bootloader or ask your own question.

9
How to check if your bootloader is unlocked
3
Device freezes after trying to reboot with bootloader
0
How to Check if a Bootloader Allows SD Card Booting?
0
(Samsung) Possibility to check bootloader status using PC
1
Unlock Bootloader from EDL mode via MSMDownloadTool