How to enable Samsung Galaxy Tab S3 Back Button Gesture

I do not want to have to move my eyes away from the tablet screen in order to execute whatever the Back button executes on my tablet. This should be as about as quick as using a desktop browser's ALT-BACK-ARROW, but on the tablet, and should do exactly what that back button does. 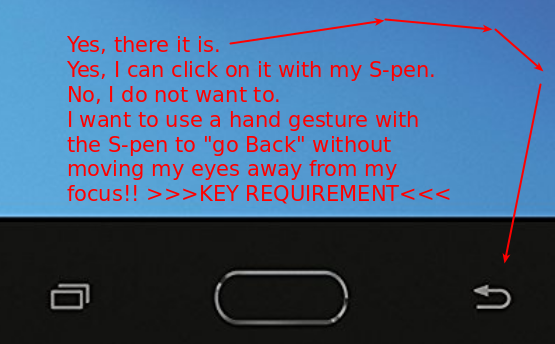 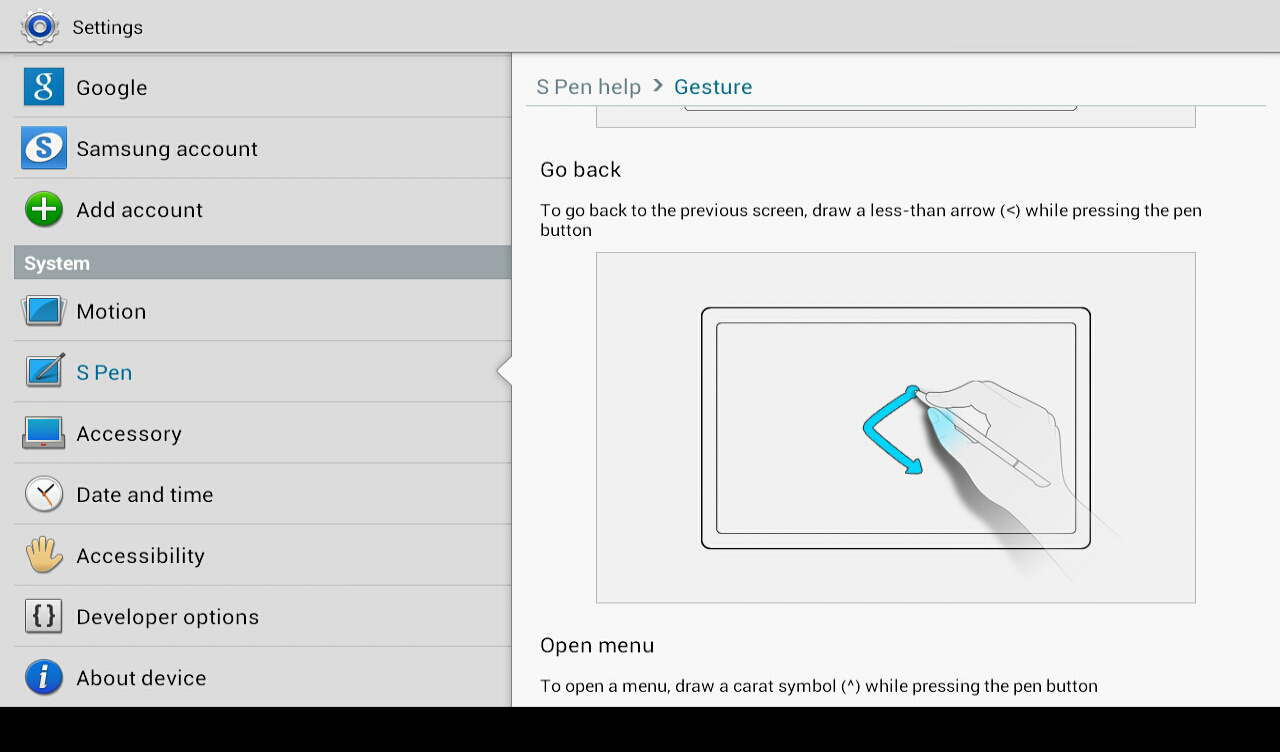 I want to know if there is some way to re-enable that very useful (to me) feature as it saves a lot of time when doing research since the Back button is a high-frequency operation.

Installing additional free (or less than 10 USD) apps is an option.

The solution does not have to use the S-pen, but it has to be demonstrably faster than moving the S-pen over to the side of the tablet to click the Back button. Yes, I've tried various things that actually don't work (various combinations of holding side buttons down which in and of itself is even worse than the button on the tablet).

I found what is almost what I want at:

But I would like to hear a better answer which is for Samsung, or someone, to simply re-enable the S-pen gesture support in the newer tablets as the old tablets had.

Not the answer you're looking for? Browse other questions tagged samsung gestures or ask your own question.