How do I install Xposed Framework on Android x86 running in Virtual Box?

I looked up instructions on how to install Xposed Framework on Android, only to later realize that it is mostly intended to be used on devices with ARM processors, like smartphones. I have heard, however, that some people have been able to get it working on android emulators running on computers. I am wondering how I might be able to do this on virtual box with the Marshmallow version of Android x86.

I tried to use the instructions listed here: How can I install flashable zips in Android-x86

The answerer gives "fool-proof" steps, which I was able to follow. After I complete Step 14, however, the Terminal Emulator app gives me this error: "Extracted file system/xposed.prop not found!" 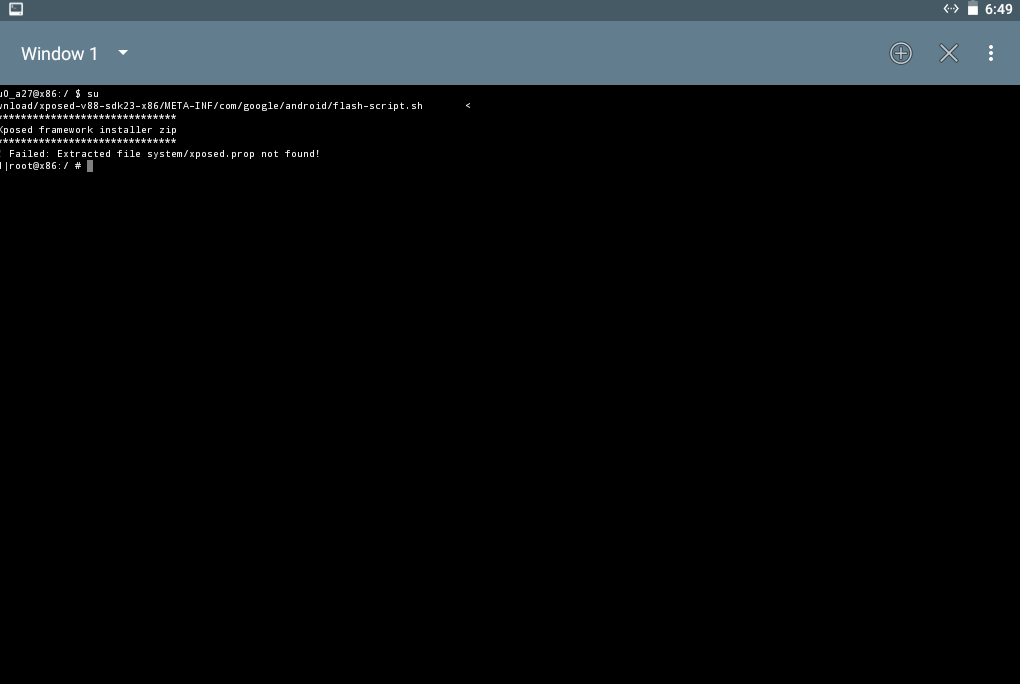 Does anyone have any advice for what I can do to fix this? Or should I be going down a completely different path than what I am now trying? I know that on phones, the normal process of installing Xposed involves a custom recovery and whatnot, but I am not sure that is possible on an emulator.

Any help would be much appreciated!

I see you made a mistake,you should do cd then the derectory of the extracted file then sh flash-script.sh such as su enter cd /sdcard/download/ file name /META-INF/com/google/android/ enter" sh flash-script.sh

I've figured it out, first install a 32 bit version of Android x86, then go HERE and download the needed files, then modify installer.bin to where it says please download the correct zip put a # at the beginning of the 3 echo and exit so it looks like this:

I also recommend installing supersu due to a bug in android x86 root, install supersu 2.79 install binary reboot then you can update.

Not the answer you're looking for? Browse other questions tagged xposed-framework android-x86 virtualbox .

2
How can I install flashable zips in Android-x86