How to disable Google synchronization on Xperia XZ1 Compact?

Given that I'm an Android developer and know how to use Android, I'm yet again amazed by Google's ability to disguise options and to change them with every release (in addition to the device manufacturers doing the same thing).

What I want to achieve: disable auto-sync of all data with Google (including app data, contacts, SMS, calendar, ...)

The way it doesn't work on my device is by following the instructions you get from googling "android how to disable Google sync". I'm not stupid ;) I do know how to google.

I have a Sony Xperia XZ1 Compact with Android 8.0 Oreo. I'm unable to disable synchronization. Here are the screenshots: 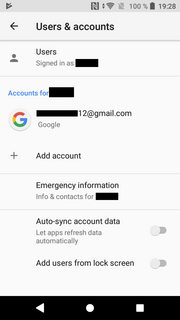 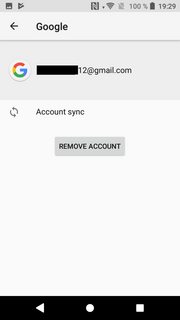 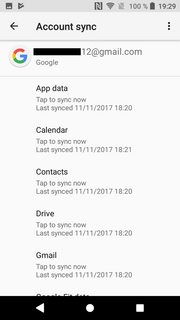 Note: On the last screenshot, when scrolling down the list, I can see "Google Play Movies & TV" where it explicitly says "Sync is OFF". It doesn't say that for the other items.

Ahh. I found that "auto-sync account data" (shown on the first screenshot) acts as a master switch. Turning it on and then going to the "Account sync" screen then reveals the individual on/off sliders for the different items.

Not the answer you're looking for? Browse other questions tagged sync google-account or ask your own question.

0
Android 5.0 sync questions on HTC M8
0
Outlook Auto-Sync keeps re-enabling — How to ultimately deactivate it?
4
How to access/disable the Google account sync settings in Android 8.1?
0
How to prevent most syncing with Google in Android 7.0 Nougat on Samsung devices?
1
How can I get edits done in aCalendar to sync?
0
Disable Contacts sync does not work
0
Unable to sync chrome passwords on Huawei P20: “Android system sync disabled”