Yesterday, a friend tweeted 2 photos of an ad when he was trying to read an article about a keyboard: 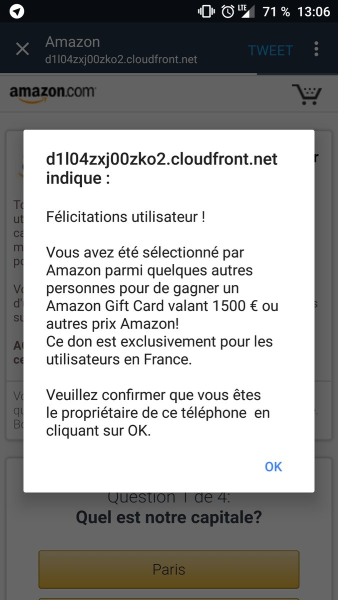 "you've been selected by Amazon (...) in order win a Carte Cadeau Amazon of 1500€" (mistakes and missing words are intentional in order to translate in the best way) 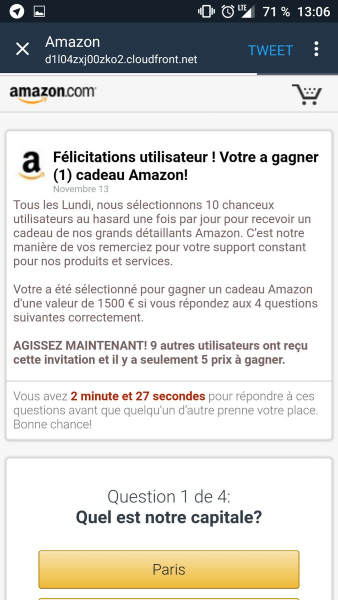 "you have 2 minutes to answer blablabla"

Then, I remembered that I had that kind of ad when I was using Android with Google Chrome on mutiple websites. I've never get this on Google Chrome Desktop neither on Safari iOS.

I didn't find anything on internet about that and I think this is an Android problem, does someone have it too? Do you know what is the problem (is it an adware)? Do you have a solution?

My suspicion is adware. You should delete all settings in chrome, and including cache, cookies, history, etc. These kinds of spam happen when you think you are clicking something, but an invisible link is clicked instead, leading you to popup sites. Be careful about what sites you visit and what you click.

You should install an adblocker app, as AdAway (link, very effective to block and prevent ads. Requirement : rooted device.

Not the answer you're looking for? Browse other questions tagged chrome-for-android .