I just got a refurbished S5 and installed the latest Lineage OS (lineage-14.1-20171123-nightly-klte-signed on it. Most of the time everything works normal. Sometimes, however, the graphics gets really weird (see images). 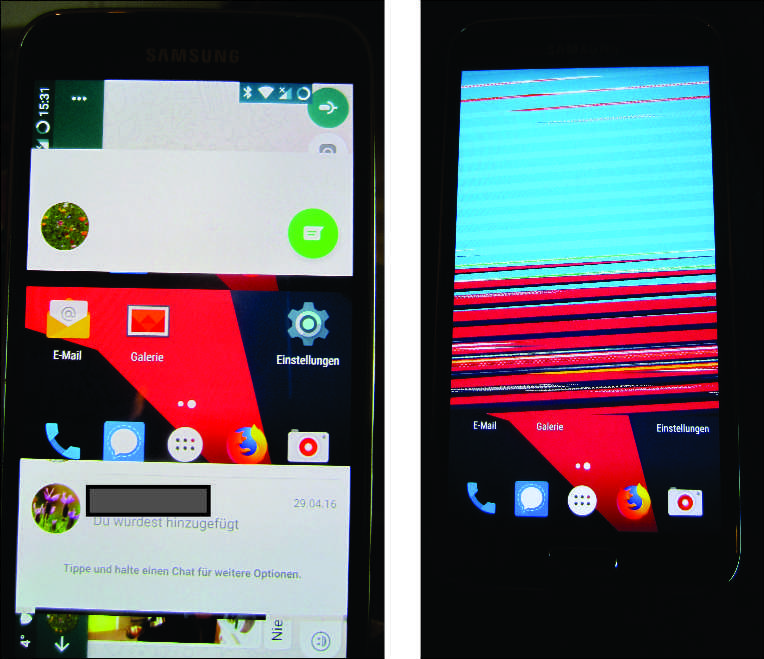 Other family members have the same phone and I also flashed Lineage on them without experiencing these problems. Therefore, it cannot be a general problem. Any ideas about what might be wrong with the phone and how to fix it?

Edit: This problem was also reported here but no solution was documented.

A nightly build is a BUGGY build . A different one is compiled EVERY NIGHT , and that’s why its called a nightly build. This is how bugs are corrected. Enthusiasts and developers try out the new build and try find the bugs and solve them so that the next nightly build will have less bugs. After some some weeks/months , they manage to make a build stable enough to be used on a daily basis. This is the build that ordinary people download.

You should use the stable build if you want a stable OS. Stable builds might be released once a month or once in two months.

Not the answer you're looking for? Browse other questions tagged samsung-galaxy-s-5 lineageos graphics or ask your own question.