Has anybody in this world ever succeeded rooting this device? Tried, all One Click apps, Desktop Tools, Recovery Flash:

What do a person do after all these attempts?

While closely inspecting the file system in /data I found out three files: a .gz archive of stock boot.img named by the md5sum of its content .img 16MB, SuperSU.img 99MB, and SuperSU.apk 6MB. Why the hell could the developer put the files here and device never seems to use any of these files at all?

@Izzy, your suggestion about trying was a good one but i have tried all the SuperSU zips by Chainfire and all the phone ends up in this state: In fact, the phone is unlocked, TWRP says this no matter which file I use trying to root (first screenshot); additional suggestions about a special CMSuperSU also ends up with this (second screenshot; click images for larger variants): 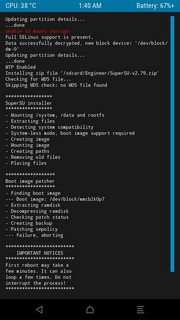 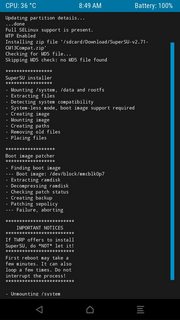 And Magisk install completes well from recovery. On boot up Magisk app shows but as a user installed app. And prompts this which becomes unsuccessful too: 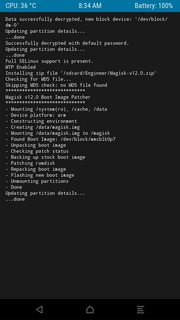 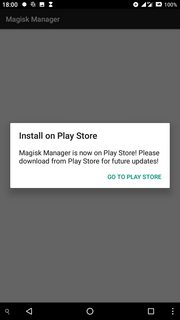 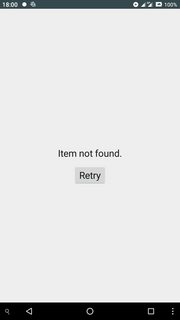 Rooting can be accomplished using Magisk (make sure not to use an old version, but that from the linked XDA thread: v14 at the time of this writing). Flashing Magisk will not modify the /system partition but rather create a modified boot image. So at boot time, Magisk gets initialized, creating an Overlay File System on top of the system structures. That way the relevant files get (re)placed transparently, the checksum of the partitions are kept (thus OTAs will not complain), while still applying the needed modifications (including MagiskSU). Another added plus is the capability of Magisk to hide root from apps which otherwise would refuse their work.

As you've learned: Do not flash another superuser package on top of that. Magisk already includes root, called MagiskSu.

I'm using Magisk on my Wilefox Swift with CyanogenOS 13 without issues – same manufacturer and OS as your Spark. As we figured, it works on both.

Magisk comes with an app called MagiskManager (which is also available separately e.g. via my F-Droid repo. This is the frontend to work with the framework, including settings for MagiskSU (i.e. where you maintain which app may use root powers) and more. So there are several Magisk modules available, similar to what you might know from Xposed – even a "systemless Xposed" can be used that way (again, I'm using this and it works fine).

For instructions, please see the linked Magisk thread at XDA. It's quite simple. To include the basics: You need a custom recovery (TWRP is recommended, and available for our Wileyfox devices). With that, and an unrooted ROM, simply flash Magisk, reboot, and you're done. You probably need to repeat this after applying OTAs. As the MagiskManager is installed as an user app, its data are kept unless you perform a factory reset.

Not the answer you're looking for? Browse other questions tagged cyanogenmod rooting stock-rom supersu or ask your own question.

2
Root checkers tells me my phone is rooted but most root required apps warns me that the system denied to root. Why? Anyone, please explain it to me
0
Recover Photos from user partition - unrooted HTC M8 MM 6
0
TWRP fails to flash stock ROM (invalid zip)
1
Root ZTE Blade V6 seems complicated