I've purchased MotoG4 Plus (Unlocked) around Summer 2016 at Amazon(India). I've been using the phone since then and have been extremely cautious about the apps I use on my phone. 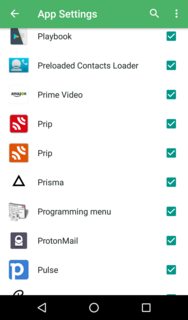 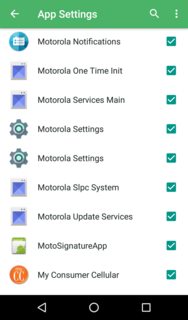 I've never installed these apps before and these apps are not listed under Android App Settings for me to simply uninstall.

Atleast, the android app id for Prip is com.motorola.ptt.prip which makes sense because I have a Motorola phone. But, I have no idea about Consumer Cellular.

Browse other questions tagged applications privacy motorola or ask your own question.

7
Why does my phone occasionally show the boot animation?
1
Apps I never installed appear in web store under “Other apps in my library”
2
Unknown apps/processes with number only are shown in data usage
1
Changing contact list & reordering the list of apps on a Motorola 360 watch
0
Malicious Android Apps installed remotely on my device
1
there is a built-in feature that limits apps from background processing, where is it?
1
How to uninstall Google/Samsung apps properly?