Two days ago, I got android oreo 8.0 update for my xiaomi mi A1 phone which is a device based on Android One. But one of the features which I loved the most before Oreo was complete control of network access for specific apps. When I was using nougat, I could completely allow or block network access to certain apps in both mobile and wifi networks separately. But after oreo update, that option is gone. I can now only disable the background data usage but can't block the network access of an app completely. Even if i set the wifi network as metered one and disable background network access of an app, it still uses the network and keeps consuming my data.

It's kind of disappointing how the developers gave us super granular control over notifications but removed a very useful feature, at least for me, which was already there in nougat. For those who don't know about it, the option is available in data usage section, when you tap the three dots in upper right corner, two options come up. One is mobile network and other was app network access. Unfortunately, it's not there anymore in Oreo. 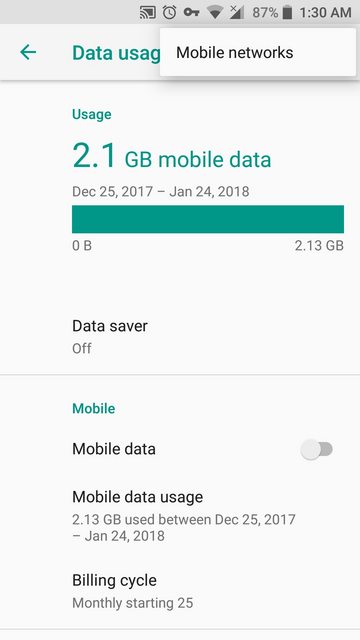 Although, I found a solution, a temporary one. I started using no root firewall app from play store and it did the work but it has limitation. It creates its own vpn to pass the network data for the specific app. As long as it's running, your choice of allowing or blocking network access for a certain app will be as per your choice. But what if i use a paid vpn service, which I do, the vpn created by no root firewall app will get disconnected as you can't run two vpn simultaneously in phone and your network access choice for apps won't work anymore. Well that's unfortunate, isn't it! If you haven't tried this yet, try it once. 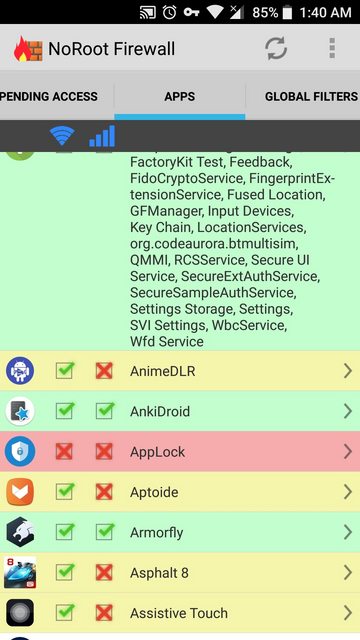 The built-in option for network access control was good but i don't know why they removed it. It's still there on xiaomi phones with MIUI but not on A1 as it's running on the android one. If any developer from Google is reading this then please restore that option back as it was in nougat. Also for MI A1 phone.

There are other issues also with Oreo on Mi A1. They say oreo has gotten more snappier and smoother but I think not more than it was in nougat. It's become more sluggish. I can't scroll through apps in a folder with smooth effect. I can almost see the lagging scroll, even the app drawer has a slight lag when it goes up or down. The battery backup has reduced than it was on nougat and most annoying, I can't remove the system notifications completely which keeps showing me apps running in the background. Well, I want it to run in background and I want their notifications but I don't need an extra notification badge telling me which are those apps, all I can do is snooze it but no more than 2 hours. The most annoying feature taking notifications space and good for nothing.

I think the lag and sluggish UI for A1 will be fixed later but the annoying notification and options for app network access really need some attention.

There are many more things but i hope it's already long enough. Sometimes, I regret updating to oreo. I don't need that picture in picture or super granular notification control which I could do it previously also on nougat. I could turn off notifications of an app completely. Whether I want or don't want, no need of giving options like marketing notifications, miscellaneous notifications, etc. I mean, most of the people don't even need such options. I just want that inbuilt app network access option in data usage section which would allow me to have complete control over network access of certain applications because sometimes I just want to go back to nougat but I think I can't do it without losing my data.

Thank you for reading.

2
Mobile network turns on by itself after Android 4.0.3. update
0
White notification LED not working in Nougat
1
Vibrate only when I'm away
0
How to bring back custom notification sounds in Oreo
0
How do I stop a specific WiFi network from turning on WiFi automatically in Oreo
1
Does “Data Saver” also apply to metered Wi-Fi?