Can I have the Power Control Widget (Status bar widget) from CM7 on the Stock ROM? 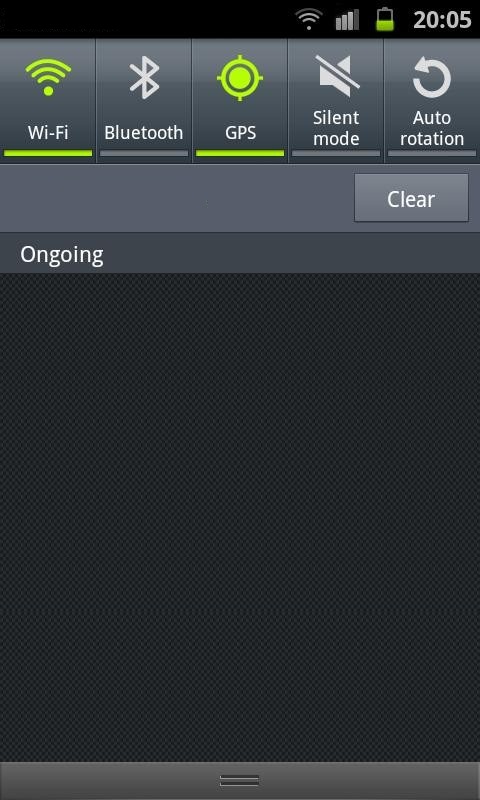 This is the is the only feature I missed from CM7 when I switched back to Stock ROM. It gives the quick access to power widgets when when I pull down my notification bar I've tried ExtendedControls but its buggy and not as flexible as Power Control Widget.

Is there any way to have the Power Control Widget on Stock ROM?

widgets notification-bar
Share
Improve this question
edited May 2 '12 at 16:00

Stock ROMs for some handsets from some manufacturers actually include such a widget. For example, Samsung's TouchWiz overlay provides a similar looking functionality, although not as configurable or flexible as the one from CyanogenMod ROM.

For other stock ROMs that don't have this feature built-in, 3rd-party apps (like the one you already tried) are the only options. Even if your device is rooted, porting this widget from CM is not an easy task, since it heavily relies on changes to Android framework and other core services that are specific to CM. In other words, by the time you're done porting all the prerequisites, you'd end up running CM anyways.

You can try https://play.google.com/store/apps/details?id=com.seifsoft.togglepanel It's pretty and quite customizable. You can always flash another ROM, but TogglePanel is a viable (in my opinion) alternative.

Not the answer you're looking for? Browse other questions tagged widgets notification-bar or ask your own question.

2
Locale powersave plugin & Power Control widget
18
Why does my notification bar get stuck on Galaxy S?
3
How can I control the brightness from the notification bar?
5
Display media volume in the status bar
1
How to enable drag status bar from lock screen?
1
Sony Xperia Z1 status bar issue
4
A swipe on status bar opens on quick setting instead of notifcation panel
1
How to remove KDE Connect app icon from Notification bar?