No Google Play Store on Huawei devices, nor within Huawei HiApp store

How can I install Google Play Store on this Huawei device?

Huawei devices (and other smartphone brands) whose default ROM originates from China, have a certain geo-restriction that prevents accessing most Google apps and services and most (if not all) don't ship with Google Playstore pre-installed.

Instead the OEM based store called HiApp, is the default app store, with which you can download more apps. Fortunately the process of installing Google Play store is not a big hassle at all if you reside outside China (otherwise you might need to install a VPN beforehand).

Using the HiApp store app, you can simply search and install Google Play store in a few taps as shown in the screenshot: 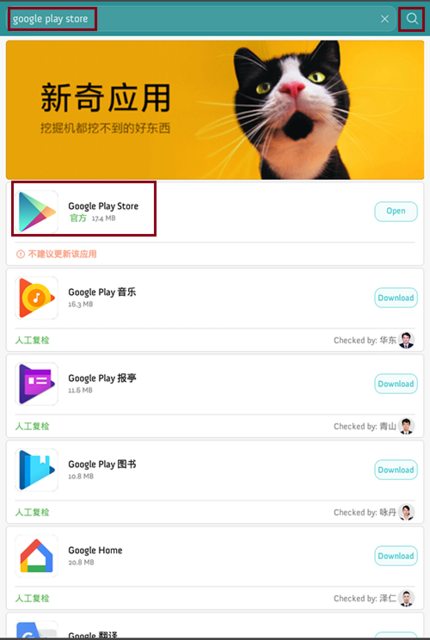 You coud also you the web version of app store here: http://appstore.huawei.com

alternatively you get still get the .apk file on apkmirror and side-load it normally.

PS I have a Huawei tablet with China ROM, that did not have Google playstore preinstalled and I simply used the above process, and it works well alongside microG.

The Google Play app should already be installed on your phone. Look in your App drawer.

Not the answer you're looking for? Browse other questions tagged google-play-store huawei or ask your own question.

5
Using Multiple Devices With the Play Store
48
How can I install the Google Apps Package (Play Store, …) on my Android device?
5
Cannot add Google accounts on Huawei U8825D/G330D
0
“invalid download uri” from Play Store on a Huawei phone
0
Huawei bought in China, can't access Google Play (g510 t8951)
1
google play store no connection retry
1
Google Play say “You dont have any device”
2
Google play store: set language to the local language
1
How do you install Google Play on Huawei Enjoy 7?
0
How to get Google (Play) Services on Huawei phones bought in China?