Unblock your team by capturing collective knowledge that anyone can find.

“If there is one thing developers like less than writing documentation, it’s responding to unnecessary escalations […] and too many escalations wear down the developers.”

“We needed a better place to store all the questions and answers that people were repeatedly asking, and we discovered Stack Overflow for Teams.”

“We use Stack Overflow for Teams internally when onboarding new developers, and when new developers ask questions, everyone can benefit from the shared knowledge.”

I'd like to set specific wifi connections as metered, since I do not want e.g. Google Play to update apps via public wifi (limited volume and bandwith, competing with my and - for politeness - other people's laptops).

I have a Samsung Galaxy S4 with Android 5.0.1, Avast running, no root and no special modifications from my side.

I have tried quite some days to find a native Android way to do that, but failed so far - please prove me wrong! The suggestions I found so far on Android Enthusiasts go mainly into the following directions and did not work (other Android versions, or see below). I'd rather prefer a native android solution, if necessary a 3rd party app would be fine if without rooting.

Metered WiFi connections should be straightforward to set up but Samsung has it buried elsewhere as reported by OP in comments. I don't have the device to illustrate but based on this, the steps are :

There isn't much difference to the default proceedure for metering wi-fi networks in android.

Here is the proceedure in Samsung J5 Android 5 (which I believe is similar o your device):

This will show a list of all the Wi-Fi networks the device has ever connected to. Use the switches to enable restrictions on any given network. Once activated, this will prevent apps from using background data on that network, and you’ll also get a warning before any large downloads. 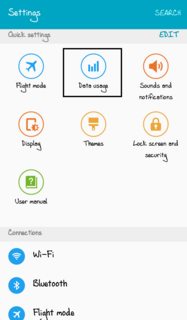 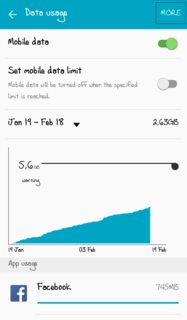 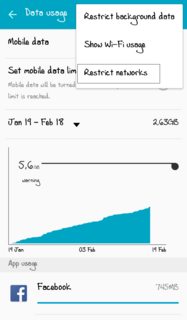 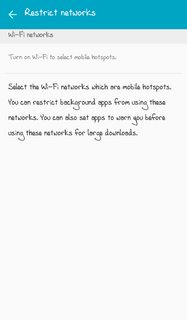 Not the answer you're looking for? Browse other questions tagged wi-fi or ask your own question.