How to tame "Phone Idle" battery drain on unrooted device?

UPDATE: I deleted all the mentioned applications and installed new one, GSam Battery Monitor to get detailed data: 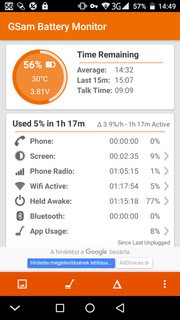 There is data from the built-in usage chart too. I checked applications under Battery optimization, I found there only one, Google Play Services. 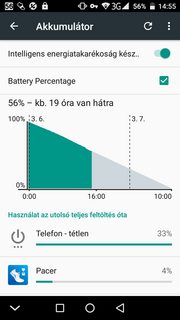 How to nail Phone Idle battery drain is the question, but being unrooted device, it calls for some efforts. Finding the culprit apps isn't as easy as it is on rooted devices but is possible using adb commands to enable higher privileges 1

(At the time of writing, OP is working on his Linux to detect his device 2. Once done with that, they can follow this answer.)

The primary cause of idle drain is truant wakelock (s) and the answer is around how to detect apps that cause wakelocks that hurt (Wakelocks aren't bad, they are needed but not such ones). It may help to improve doze-mode performance but more about that later.

All methods below are working on my unrooted device running Oreo 8.0.

Battery usage statistics in Android, unfortunately, don't reveal much and are difficult to interpret (not withstanding the improvements in Oreo). GSam Battery Monitor is arguably the best for stock devices. One needs to enable enhanced statistics (Menu → more → Enable more stats) and follow the steps which are

The enhanced statistics gives better view of app usage and wakelocks as shown. Long press of held awake (which in OP's case is 77%) shows additional information as shown in the third screenshot. 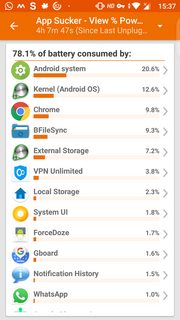 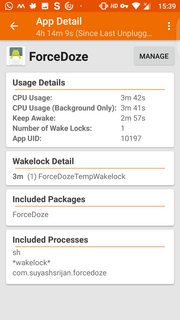 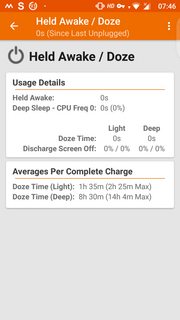 How to use (from Play Store description)

While 2 hours is enough to gather the information about top culprits, longer duration obviously leads to more data. During data collection, don't use the device and let it be as you would normally use the phone (with data or WiFi connected as is your normal usage). Screenshots below from my device (not under test but normal usage). 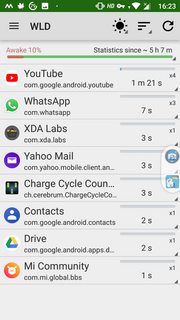 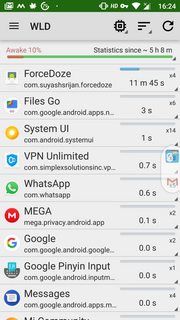 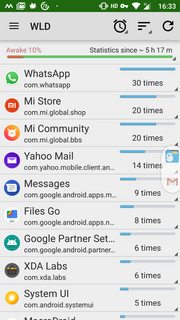 Eliminating the bad apps or controlling them

Once you have identified the culprits, you have three choices

Greenify is a fantastic app but very powerful so needs to be used carefully. Read the XDA thread and Greenify tag wiki for help.

I will limit to using adb to unleashing a fair part of its power to help rein in wakelocks and enhancing Doze performance.

A word about Doze, which was introduced since Marshmallow. Though it has evolved better, it has some drawbacks from battery saving point of view.

Greenify tackles these problems with Aggresive Doze and Doze on the go (There are other apps that do this too, like ForceDoze, but Greenify manages both Wakelocks and Doze).

For different features, you need to run adb commands to grant the corresponding permission:

I will restrict to snapshots of settings from my device to help set it up faster after running adb commands above. I have pro version so ignore those donation settings 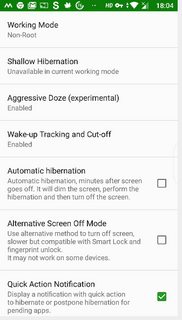 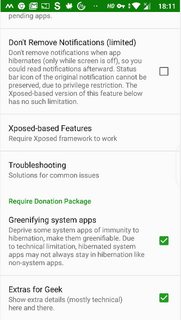 With those settings, even when the device is running, you will see a hibernation alert in your status bar with the app icon and in your notification panel. Clicking on that will force close and hibernate the app 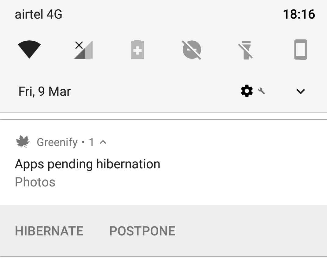 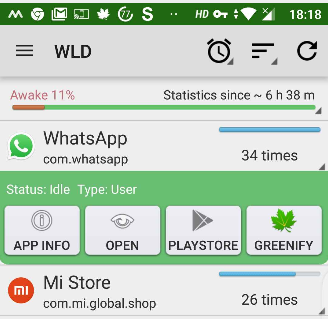 Caution: Be very careful with what you want to hibernate. Simple rule - don't hibernate apps that are critical to you. Hibernate you errant apps that are not critical 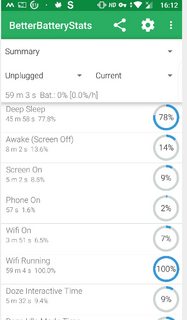 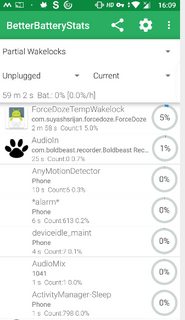 if you want to just use adb to tune Doze without extra Apps.

and if you don't want to install extra Apps, you can profile your battery with adb bugreport and analyze it with Battery Historian (e.g. https://bathist.ef.lc/). After identifying bad Apps, you can disable or restrict them.

65
Is there a minimal installation of ADB?
40
How to deal with (orphaned) WakeLocks?
34
How do I get my device detected by ADB on Linux?
3
How can I view which program wakes up my Android screen?
1
Is there a searchable app catalog that rank applications by power and network bandwith usage?
0
High battery usage (no wifi no apps no wireless)?
1
How to make an Android smartphone actually go to sleep?

4
My phone keeps slowing down and burning battery. How can I debug performance and cpu consumption? (DHD 2.2)
22
How can I find out what causes "Android OS" to consume battery?
0
Galaxy S5 Battery Drain
3
Battery Drain from mysterious wake locks
1
Unexpected battery drain when idle (Samasung Galaxy Note 5)
1
Idle device and inactive phone consuming too much battery
0
Samsung s7 battery drain
0
How can you measure your battery drain rate?
3
Battery drain issue on idle phone, how to find out the culprit?