How does Firefox Mobile decide which text to scale up?

Consider this screenshot of regular desktop version of the site Stackoverflow on Firefox Mobile: 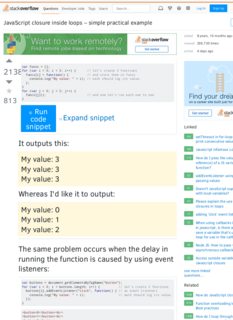 As can be seen, some text is larger than other. This odd text scaling only seem to appear in Firefox Mobile. On desktop, or in other Mobile browsers (that I've checked) the site appears normal.

I tried to inspect various CSS and tagnames but couldn't arrive at a conclusion myself. <p> and <span> tags seem to be larger than others. I also don't think it could be any other CSS property as it would work on other browsers as well.

It seems to be Firefox Mobile that's doing all this, but how does it decide which text to scale up?

Not the answer you're looking for? Browse other questions tagged firefox or ask your own question.

1
Firefox mobile install problem on HTC wildfire
14
Sync Chrome Mobile with Desktop Firefox?
4
How can I access the folders where Firefox mobile stores its application data
1
Is there a way to make the text on a site reflow in Firefox Mobile?
2
How to install P12 certificates in mobile Firefox?
3
How to navigate to top/bottom of page in mobile firefox
1
Prevent automatic redirects in Mobile Firefox for Android