If I choose the first option, I will still get the text messages even if I'm not on Wi-Fi. It will also send them as regular text messages if I am on Wi-Fi, wasting money.

If I choose the second option, I won't get the messages if I'm not on Wi-Fi.

Is there a way to get the messages forwarded to regular text only if the Google Voice app doesn't get them?

I think you might be misunderstanding how GV handles messages.

When someone sends an SMS to your GV number it is received by Google and placed in your GV inbox - the setting you mention doesn't change that functionality, so either way you choose to have the app configured your GV SMS messages will still be available in the GV app (and, of course, your GV inbox in the cloud).

Confusingly, you can also have your GV inbox setup to send SMS copy of the messages your GV number receives to your mobile's number using your carrier's SMS system. This isn't necessary if you have the GV app on your Android phone and want to use data/wifi to receive messages. I advise turning this setting off in your GV inbox web interface: Settings > Phones > [Mobile Phone] then uncheck Receive text messages on this phone. You will still receive texts sent to your GV number on your phone, just via the GV app using data/wifi and not your default SMS app using your carrier's SMS.

I suspect some combination of the above settings and usage scenarios is causing your problem, and that by simply changing some settings or your habits (or both) will result in the behavior you're looking for.

EDIT: To help with confusion I've drawn a quick flowchart: 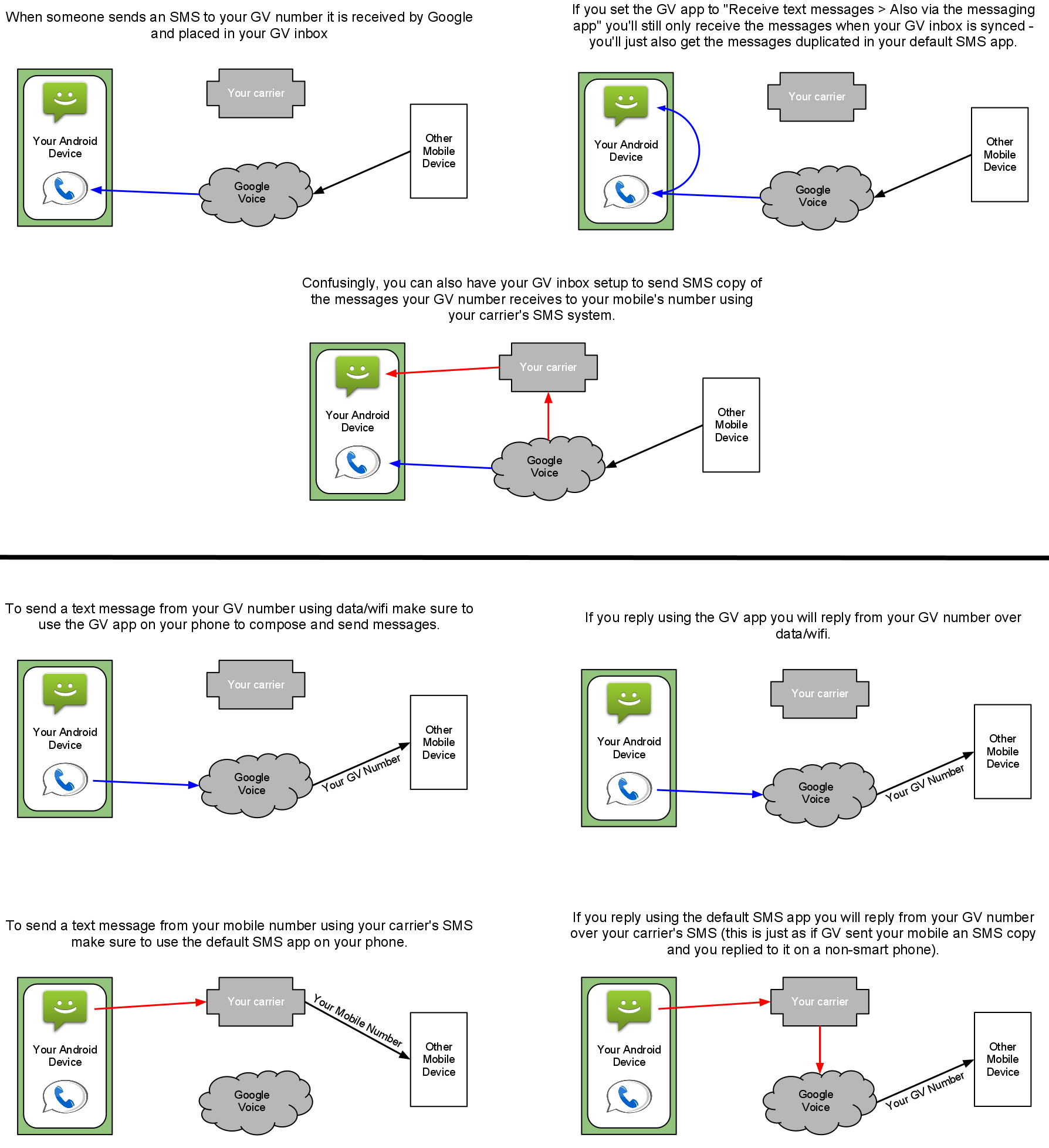 Not the answer you're looking for? Browse other questions tagged sms google-voice or ask your own question.