How to set bash as default shell?

When I adb into a device with Cyanogenmod, I'm presented with a nice bash shell, color prompt, and bashrc. I don't see a symlink from /system/xbin/bash to /system/bin/sh. How do they set the default shell to bash instead of sh? I looked through rc files, but didn't find anything. I'd like to do the same on my Android build, which isn't Cyanogenmod.

After re-installing from scratch with CM7, I'm taken to sh instead of bash. Now the question is how to set bash as default.

When adb shell is executed, the Android side also launches adb which then executes /system/bin/sh -. This path is hard-coded in system/core/adb/services.c:

If you want to change this to bash, you will have to recompile it.

It is possible to execute some commands from file when running the interactive shell. As written in system/core/sh/main.c, sh - (note the - for interactive mode) reads from the following files (in this order):

As /etc/ and / are read-only, the only way to get something loaded was by setting ENV. You can probably create a symlink from /etc/profile to /data/profile by mounting / read-write (exercise for the reader).

I didn't have my Android with me right now to test, but with the Android Terminal Emulator if you go to the menu, you might be able to use the "Command line" or "Initial command" option. 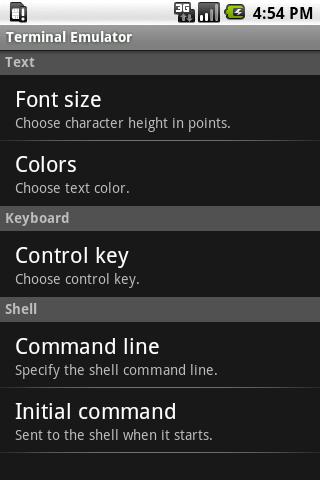 This is an old question, but I was recently curious about this myself. I found a method that doesn't require recompiling adbd, however it does require su (I'm using Chainfire SuperSu 2.45).

Assuming bash is located at /system/bin/bash, and su is at /system/xbin/su, it's essentially something like this:

However, having a look at strace, it does seem to look for a bashrc when a symlinked BASH is called as 'sh --login'. While this could conceivably be used to "chainload" shells via script, as mentioned above the way adbd invokes SH is hardcoded.

If there is a problem and you have removed (or moved) /system/bin/sh ADB wont have a shell to give you to fix the problem. If this happens, you have a few options:

On your PC, get a bash binary and overwrite /system/bin/sh. I have one here.

Feel free to copy this code:

Found the proper & simple way from a Linux box, even in 2021 and lineageos:

You logon directly via bash in interactive way.

To not having to remember this command all the times, I personally use an alias, simply add this to your ~/.bashrc on Linux box:

Then all is configured, simply run

and enjoy all bash features like tab completion and anything. \o/

Not the answer you're looking for? Browse other questions tagged cyanogenmod bash .

1
Is there a workaround to use of bash via adb on LineageOS17?
1
Install Bash on rooted Kindle Fire

18
How do I set up OpenVPN on CyanogenMod 7?
1
How to modify Bash shell prompt in Cyanogenmod?
1
Shell utterly borked, toolbox claims "no such tool"
1
Process priority of music player?
1
Bash-Shell on Android Tablet (Transformer Pad TF701T)
7
Show boot log at boot instead of boot animation?
2
How to query/change the default gateway via bash on CM12?
3
How can I install Google Apps on Cyanogenmod for the Samsung Galaxy S2 (i9100)?
1
How do I recover from a botched adopted storage migration? I can't take pictures or screenshots
0
Installing android firmware from default recovery mode via sd card