This is one thing (in fact, the only thing that comes to mind) about Firefox on Android that bugs me. If an image (or "img") has a title, I can long-press the image to get image options to pop up, but it also shows me the title-text. If the title text is too long though, it gets cut off with an ellipsis.

For example: xkcd.com/1987 <-- on my Firefox, the title text shows as: "The Python environmental protection agency wants to seal it in a cement chamber, with pictorial messages t..."

xkcd is a long-running comic, which (since it began) has continuations to its jokes (or sometimes just related bits of information) in the comic title-text. Frequently, these are too long for me to read in Firefox, so when this happens I have to swap to another browser just so I can view the full title-text. In Firefox, I've also tried double-tapping or long-pressing on the cut-off title-text, in case it was just hidden but is able to be expanded, but I've had no luck on that front.

Is this a bug in Firefox? If so, is there any word yet on when it will be fixed/has this been reported yet? And if it's not considered a bug, are there any Firefox extensions out there which ensure that the full title-text is shown?

Asking this here on the Android stack-exchange, as I don't have this problem with Firefox on my computer.

What you are seeing is the default behavior of Firefox. Rather than calling it a bug, I'd say that it is how Firefox for Android is designed. That said, I see that this is pretty inconvenient and you should probably open a bug report at bugzilla.

Meanwhile, you can use this handy addon (extension) for Firefox for Android which allows you to view the complete tooltip menu. It goes by the name Mobile Tooltip. You can also use this link to see it at Mozilla Addons (AMO). In your case, you can use it to read the full title tag of the image. 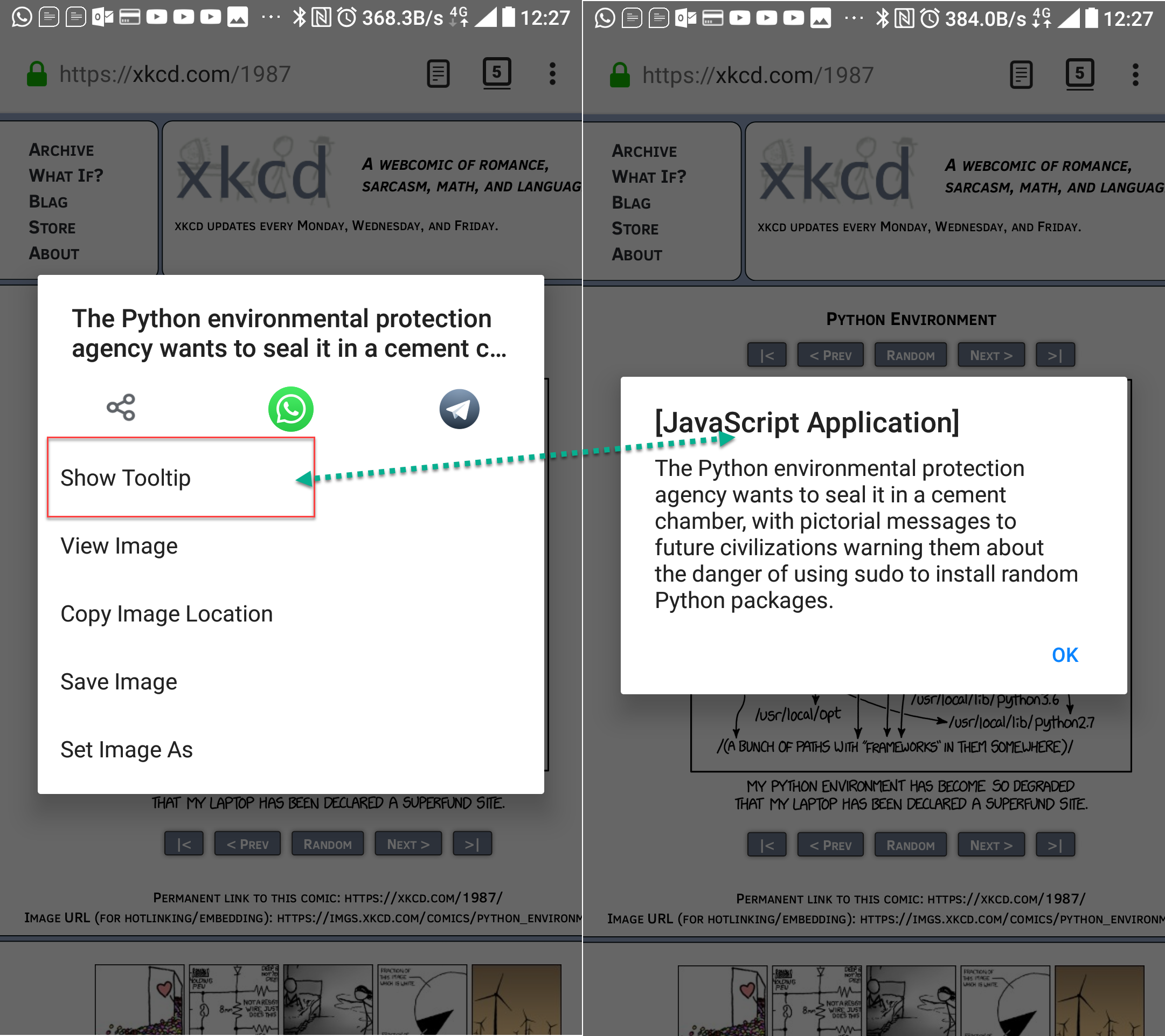 Not the answer you're looking for? Browse other questions tagged firefox .