What does Hot Boot mean?

In Miui ROMs, there are four options for rebooting a phone from the power menu: 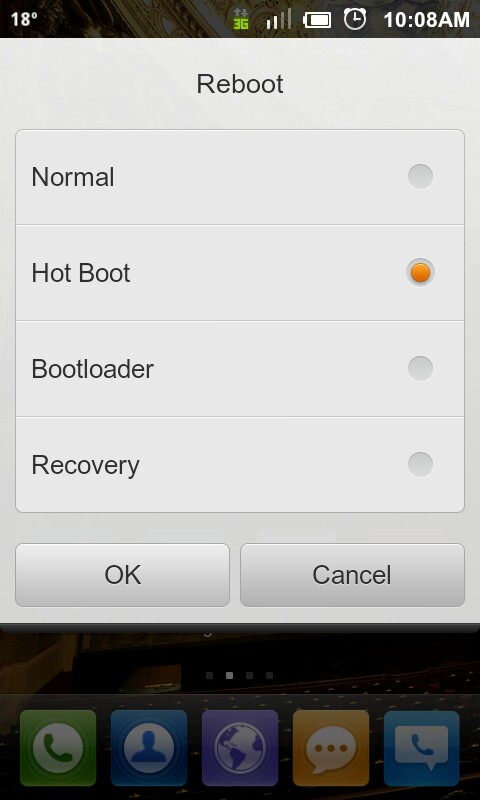 If it works like other "hot boot" apps and functions, then it basically restarts the Android GUI processes/threads. There was an XDA news post a while back after someone made an app for it where the app author described it as such:

Hot reboot by rebooting only the graphical Android shell.

From what I know it's sort of equivalent to restarting your X server in a Linux environment (like hitting CTRL + ALT + BACKSPACE, for example). I would definitely doubt that you'd cause any damage by restarting your graphical environment, especially considering other OSes do this pretty easily, but I suppose there's an outside chance if MIUI implements it strangely.

Typically the reason people use a "hot boot" option is if the UI has somehow gotten sluggish and would benefit from a restart but they want to save time by not restarting the whole system (maybe a memory leak in the UI or something of that sort). It could also be useful if you need to restart the UI to apply some sort of change, like a theme perhaps.

5
Why does my Iconia A500 occasionally stop responding?
3
Device always boots in recovery mode, but apparently there is no recovery partition
1
Samsung Galaxy S5 (SM-G900F / klte) Date/Time Issue
1
HTC One M8 overheating, random reboots and unable to power it off
1
What is the difference between temp root & pemanent root? What is a soft reboot?
1
How to remove the white frame around icons on Mi Pad 2 running MIUI 8.5?