Few days ago my phone has started overheating and burning through the battery like crazy. I don't use it too much, and it used to last 1.5-2 days, now it's dead in 6 hours.

I've installed System monitor lite and it's showing that several of my cores are constantly at extremely high usage (over 80%), and various regular applications like Gmail and LinkedIn are shown spiking the CPU up to 20% each. I expected a single app to be doing something stupid, and after seeing which one it is, it would be simple to just remove it, but that's not the case. It turns out that a bunch of regular apps that I haven't opened in days are going crazy.

Here are some screenshots: 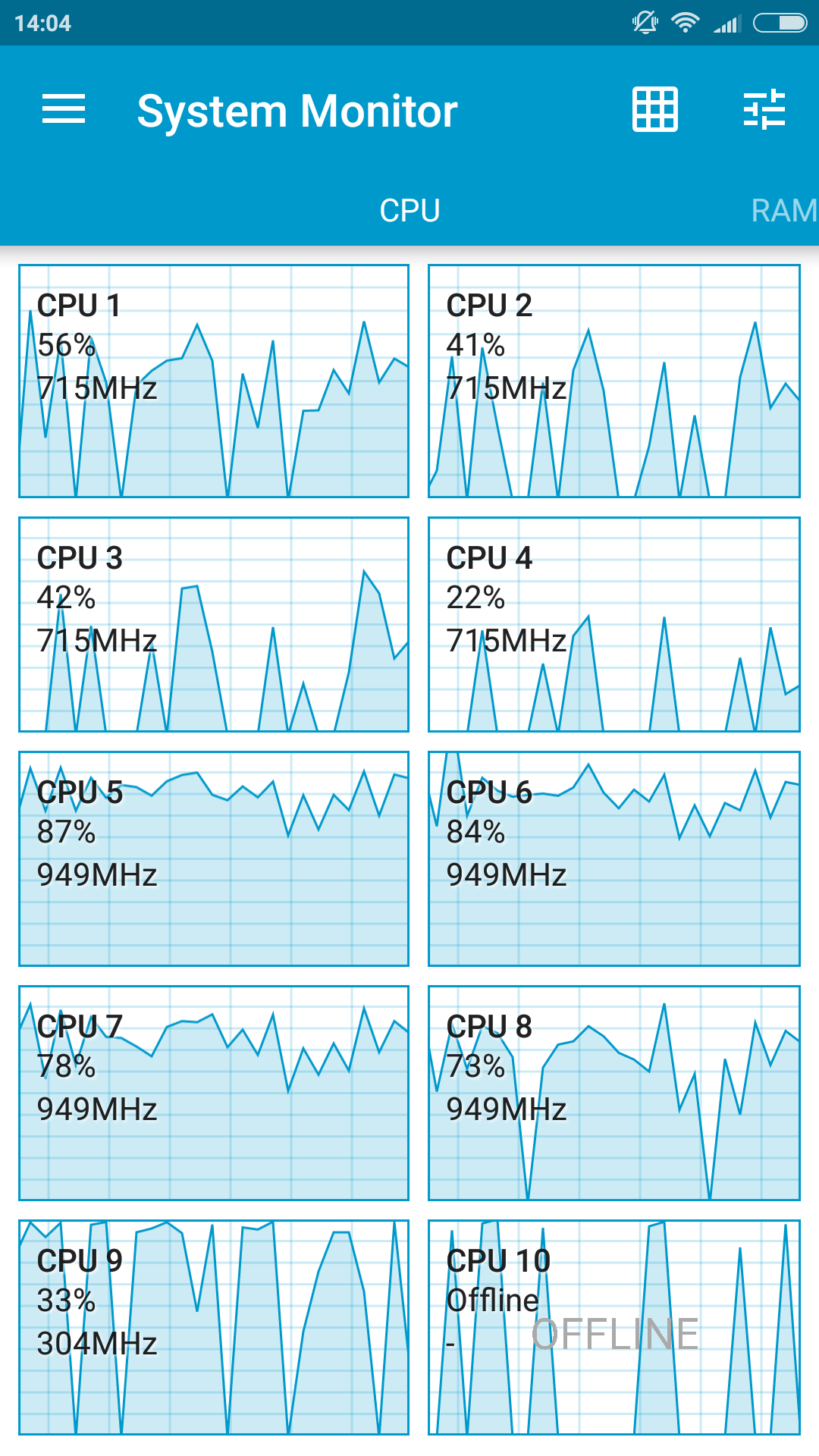 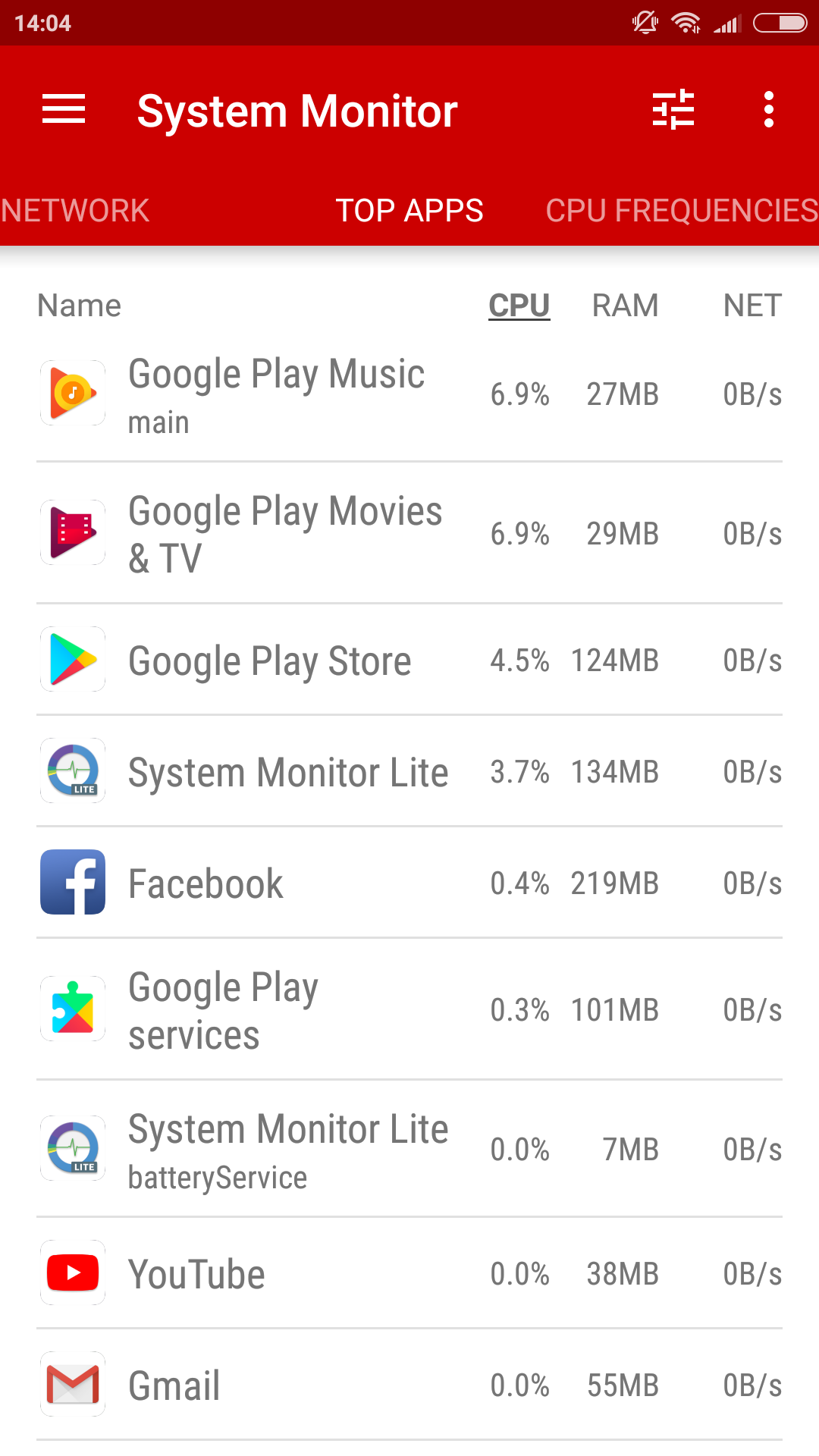 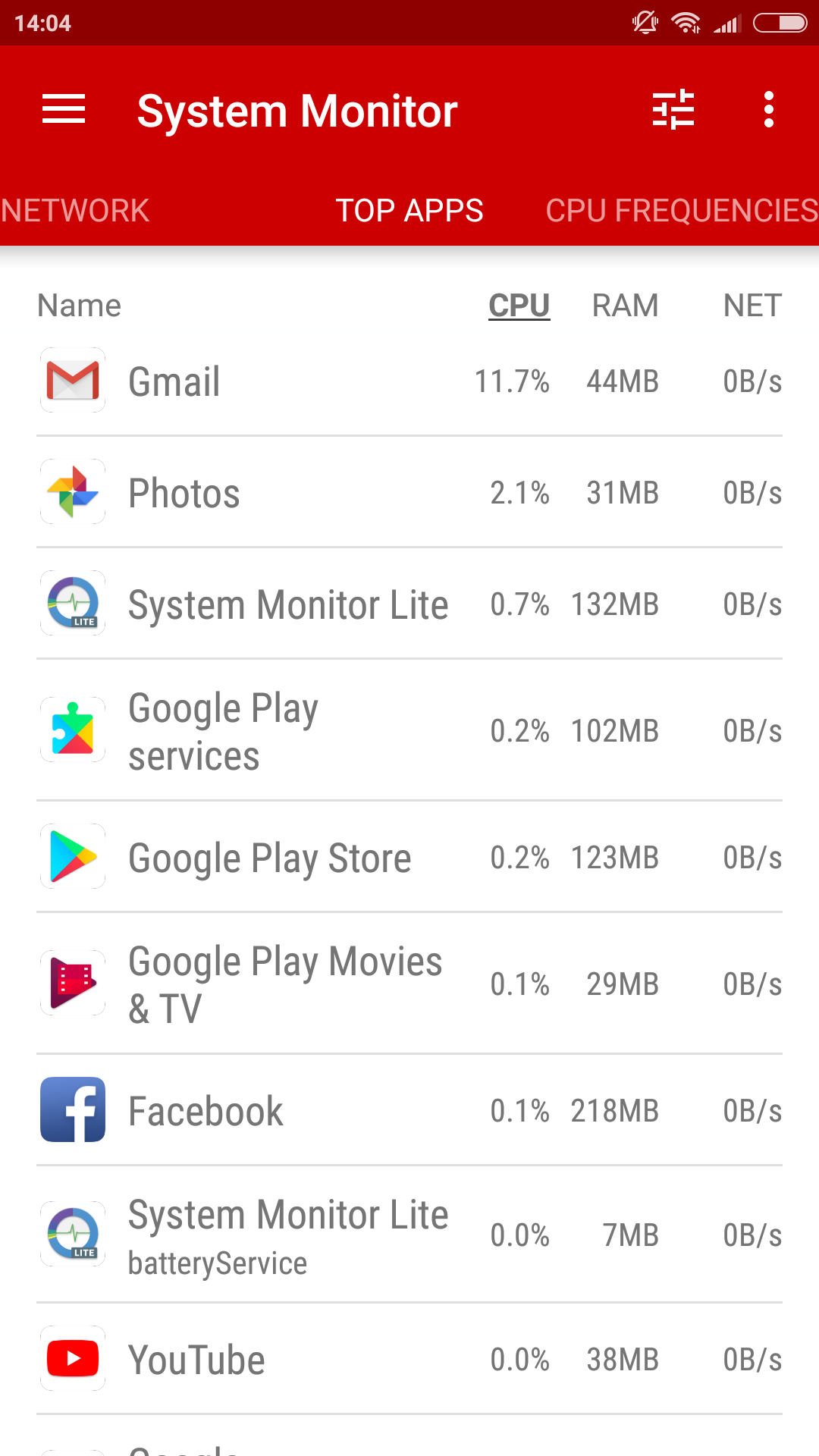 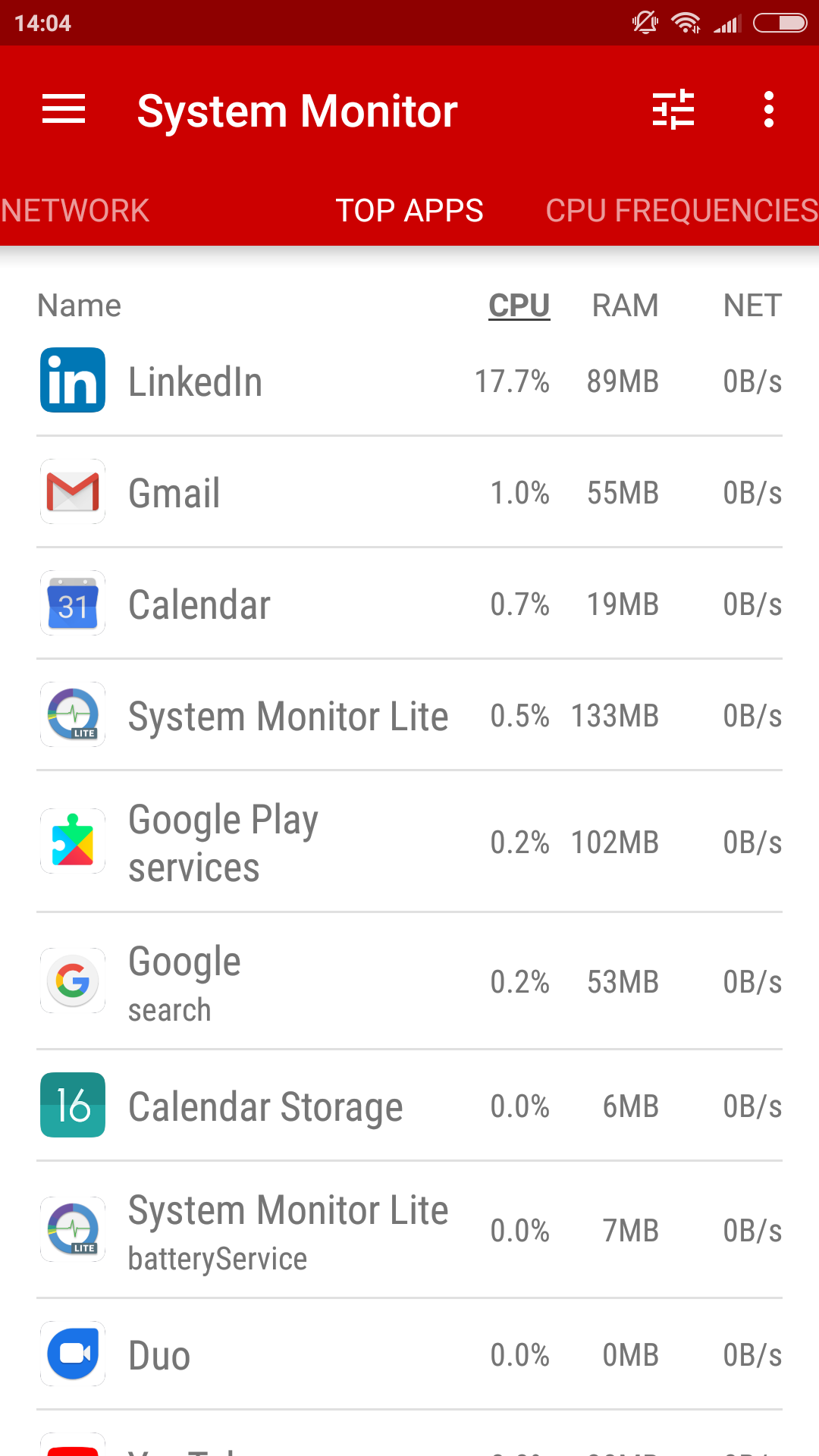 So, any suggestions besides doing factory reset?

The phone in question is Xiaomi Redmi Note 4 running original MIUI without root.

A couple of things:

If you can provide more details by measuring externally with one of these:

With one of these you can actually profile your running Android phone over a USB connection.

I don't think anyone can give you a complete direct answer without some more information, except if maybe they had the exact same model number and issue.

If you feel like your phone is using too much cpu power than it is not the case image showing cpu usage of asus zenfone max pro m1]1 here you can give a look at my device cpu usage. all 8 cores are working on a high frequency but still i am getting a great battery backup. so definitely it is not looking like a issue in cpu. u can try resetting your device or can take help from a xiaomi care.

Not the answer you're looking for? Browse other questions tagged battery cpu xiaomi-redmi-note-4g or ask your own question.