I recently switched from a Motorola Milestone to a Samsung Galaxy Nexus, and it seems the quality of my mobile data connections drops considerably between the devices without any apparent reason. The Motorola device can get up to 2mbps, while the Nexus struggles at ~150kbps. 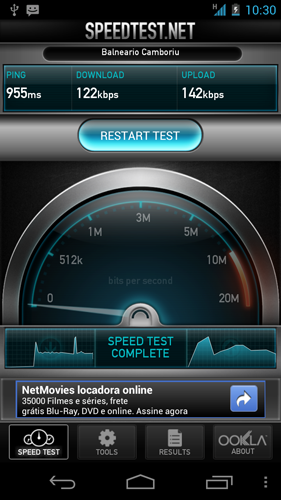 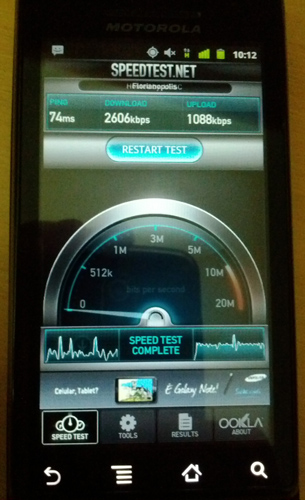 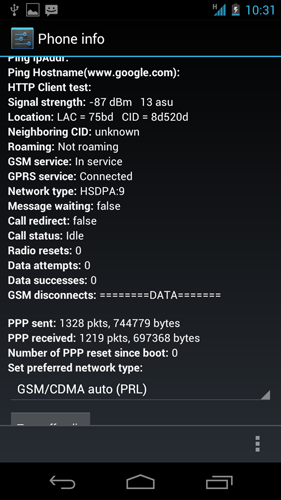 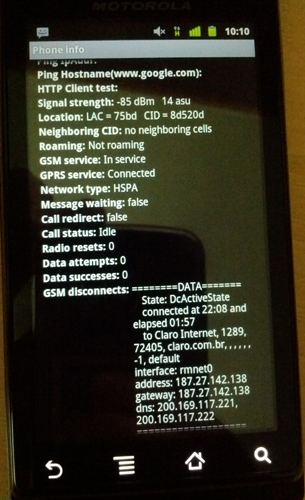 The tests were made 20 minutes apart using the same SIM card.

In summary: Is there any configuration that can interfere so heavily on the way the data connection operates? If not, can it be a Radio/Baseband problem?

I'm using the 'stock' Google Rom (yakju) on the Galaxy Nexus, while the Milestone is using a custom Rom (ShadowMod 2.3), although it's behavior was the same on stock Froyo 2.2.

The screenshot one is using a different radio band - one that is more popular than the camera one.

This means that is is more congested, and therefore has slower speeds.

This is the most likely explanation.

Not the answer you're looking for? Browse other questions tagged 3g samsung-galaxy-nexus data-connection motorola-milestone or ask your own question.