I just dumped my iOS device for the sake of Android (iTunes, flash lack and other reasons).

I'm trying to retain the features I got used to on the iOS.

One of them was the ability to start, pause, skip etc. in music while screen is locked:

Important:
I'm an Android noob (I'm a .NET dev), I believe there has to be a way to control the device's music in a player-agnostic manner, so I'm rather looking for a "music controls lock-screen" or "music controls FOR my lock-screen" application rather than a "music player with ls controls". 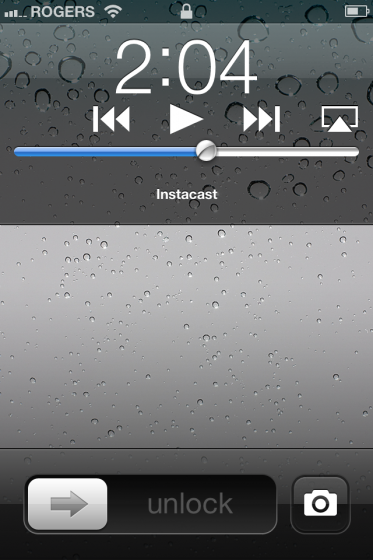 Is there any similar app/feature on Android?

Note my device is locked with a lock pattern. 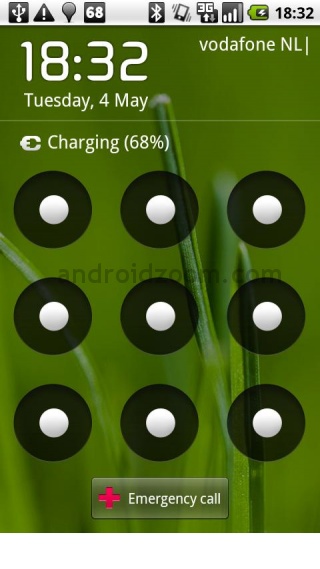 *Pictures are downloaded from the web and are for illustration purposes, they do not reflect my own phone / settings.

If your built-in music app and lock screen doesn't do this currently, then you can try using WinAmp as your player, that was the first music app I saw that added the transport controls to your lock screen.

Go into WinAmp's settings to find this option: 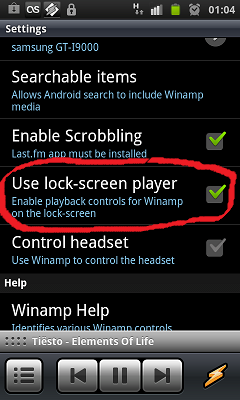 Then it should look a bit like this when your phone is locked: 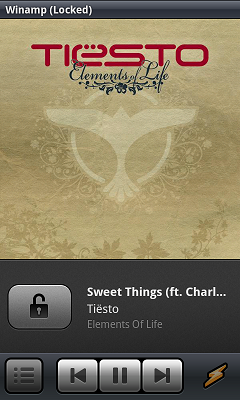 These days most music apps include this feature (I believe including Google Music or Amazon MP3 if you're in the US), try searching the Market for something like lock screen music control to see a selection.

This feature either needs to be built into which ever app you're using to play your music (as above) or you need to switch to using a different lock screen that supports widgets, such as WidgetLocker and then you can choose from available music control add-ons like Media Buttons or Phantom Music Control.

I found my solution. This feature is provided in Go Locker.

It's so great, and works with Google Music as well! Very customizable and there are zillion of themes out there. And most important, it's free.

I'm sure you now think I'm affiliated with them, the truth is yes, I use their products and I'm addicted to them, that's it!

Missed the the same thing when I switched from IOS to Android. Don't know if this solves all of your issues, but supports generic controls (notification, widgets, etc) for most media applications.

Well what i love about Android is that you can be assured you kind of get more than what you just got out of the box. You are not limited to only what has been shipped. My suggestion is go download widget locker. it allows you to add widgets on lock screens.

Try N 7 player, it supports what you desire and a lot more..

Not the answer you're looking for? Browse other questions tagged lock-screens music-player or ask your own question.