Some time ago I suddenly noted that wi-fi switch does not turn on wi-fi and I could not start wi-fi hotspot on xiaomi redmi note 4. I did not do any system update before that happened. As I've read on that problem on internet reset do not help, and neither it helped me later on. (installing some pdanet app did not help either).

In addition to wi-fi, also bluetooth starts (icon shows it's on, not like wi-fi always off), but does not find any devices.

I wanted to debug from PC, but neither Windows nor Linux see the phone connected as device, only charging worked. I was surprised to find out that OTG works, that points to software root cause IMHO.

The phone has non-removable battery, I cannot easily try what I've read as second advice (for samsung with wifi issue) - take out battery.

What could be the issue and what else do you advice me to try apart from selling for spare parts?

This seems like a technical issue. There could be these possible reasons:

OTA Updates - Android devices gets OTA updates via developer provided directly to your phone under name 'software update' or 'system update' or in some devices directly through app named 'Updater'.

Benefit is - By manual updating you can get a custom ROM installed faster than others who are waiting for official OTA update that takes time.

Caution -Manual update can be a risky process for your device. Please search it well before trying manual process.

Perhaps software could be the root cause as you suspect, in which case try to put your device into safe mode and see if the wi-fi and bluetooth are working as they should.

You can put your device into safe mode as follows:

If you do not see a change, then I'd suggest you reset Network settings: 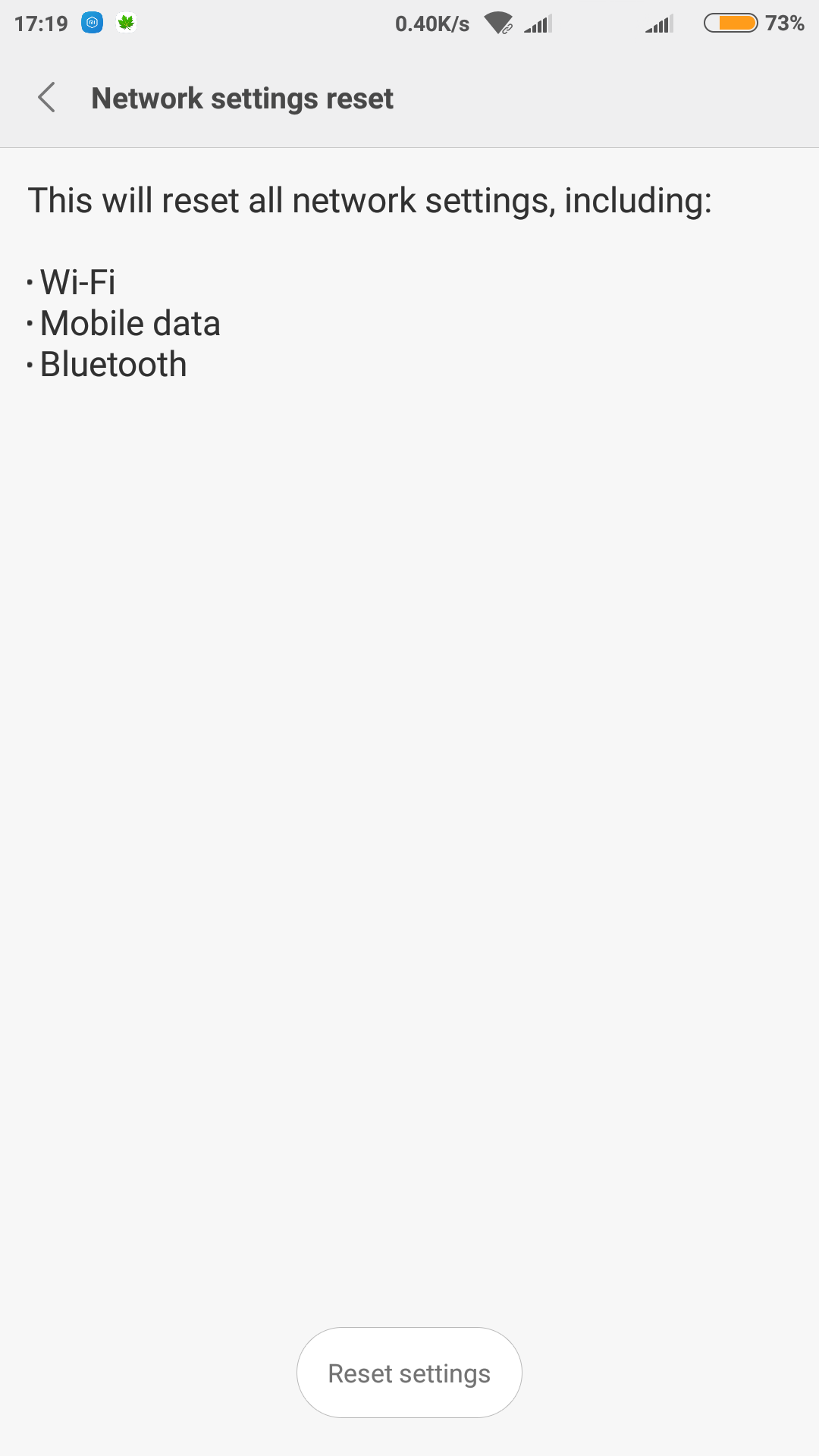 If all that fails then I'd recommend re-installing the firmware, choose the right one here

Not the answer you're looking for? Browse other questions tagged wi-fi usb connection-issues usb-debugging xiaomi or ask your own question.

1
Speech recognition not working in Xiaomi Redmi Note 4G
0
Audio jack not working
0
xiaomi redmi note 4: unable to acquire unlockinng bootloader permission
0
My Chinese Redmi 4A showed me a step counter in the screen to the left of the home screen but my non-Chinese Redmi 6 does not
3
Battery drain issue on idle phone, how to find out the culprit?
1
Will a Xiaomi Redmi Note 9 (international version) work reliably in the United States (comparable to a domestic phone)?