I, sometime ago, formatted my memory card, and few days later I recovered the data in it. I then copied the recovered data to memory card again. However, I am unable to see many photos in my computer. I thought my Android phone would support this. But my phone also failed to show me those photos.

The images I want to see are of the previous size of the image, when I captured them. E.g. if I captured an image of size 1.2mb, the recovered image is also of the same size.

My phone is running Android 7.0, has 1GB RAM and internal storage of 8GB. The problem is with SD card. When I try to open those pictures I see this: 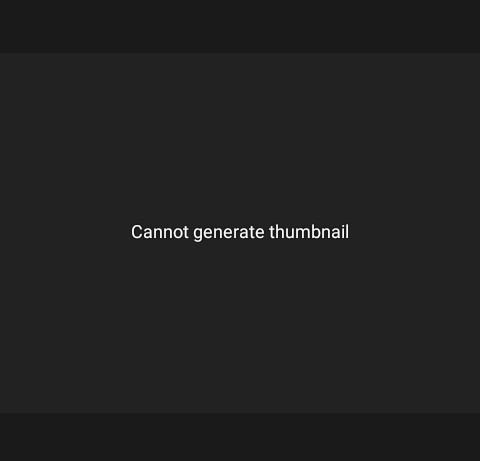 Recovering images from a previously formatted media usually means that the images are "carved" from the RAW data by detecting the image headers.

Images that are not stored as one data block (image is fragmented on file-system level) can not be fully recovered using the carving method because the information which blocks belong together was erased by formatting the media. You end up in having image files of the original size but from a certain point on the images just contain garbage data, not the image data.

A good image recovery tool should detect those defect images and let you decide what to do with them. Looks like your software does not work this way and now you have broken images that can't be loaded fully - e.g. for generating the thumbnail.

You may find software that is able to display the remaining parts of the original image, and save it to a new file. But this software has be be able to deal with defect image files and I don't know what Android apps could be used in such a case.

Not the answer you're looking for? Browse other questions tagged data-recovery images or ask your own question.

17
Data Recovery - How to Restore Deleted / Formatted Files on HD Micro SD Card
0
How to extract sqlite file
3
How to restore files on SD Card that was protected by Vault app?
1
Remove Sensitive Data From Work Phone
0
Can I recover photos that were being stored in a corrupt SD sector and then deleted after a phone restart?
2
How to restore files on SD card protected by NQ vault?
0
Help with recovering data on encrypted Microsd Card