I have a Lenovo Tab 4 10-inch tablet (Lenovo TB-X304F). Recently I had an error on it and had to perform a factory reset, and I'm experiencing problems reinstalling some apps I had installed before.

Here is the most recent app problem. I purchased "Planescape: Torment" on November 11, and I installed it on my tablet around that time. However, now that I'm trying to install it again after performing the factory reset, I've had two errors, depending on the method I use to try to install it.

If I try to install it using the Google Play app on my tablet, it says "Your order is processing, your item will be available in a few minutes." (And I did not purchase this recently; I purchased it well over a month ago.) It lists the app as being $9.99 when I view it, as though I hadn't bought it, but when I tap on the button as though I'm going to purchase it, Google Play asks for the standard app permissions and then shows that error. It does exactly the same thing when I try to install it from the library list of all of my apps in the Google Play app. 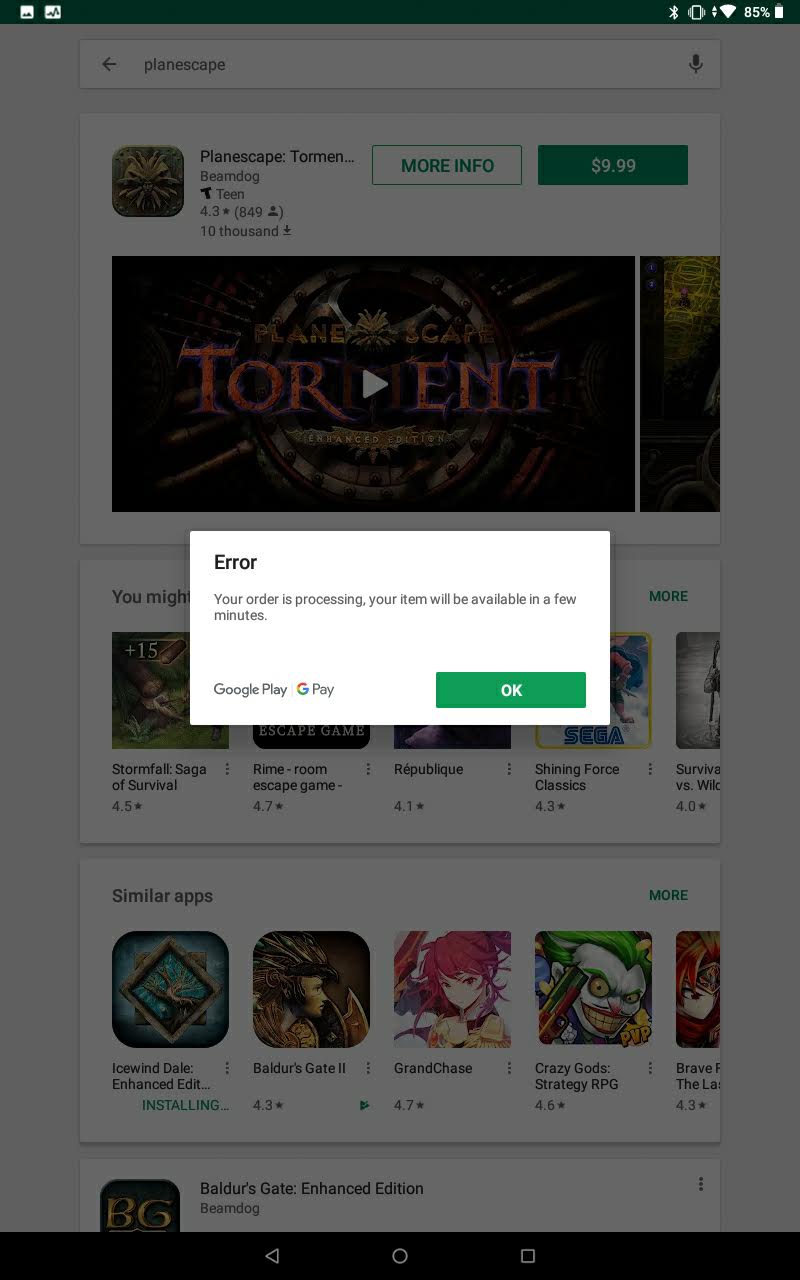 If I try to install it from the Google Play website, the website tells me it's already installed on my tablet, which is no longer true. It used to be installed; it is not now. 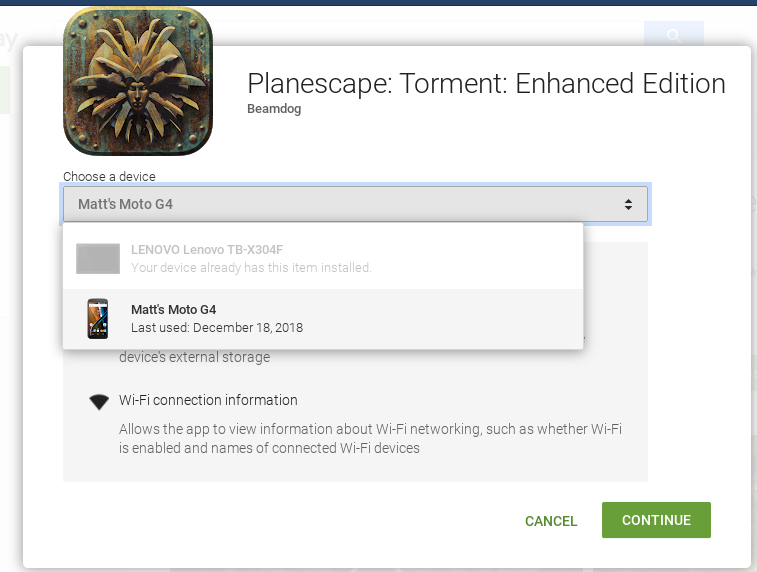 Does anyone know how I can resolve this and get my old apps reinstalled? Thanks!

Google Support had me try a number of things that didn't help, but when they had me remove my payment methods, that seemed to do it. I had already removed and added my Google accounts from my device, which I didn't think would help because it clearly wasn't a problem specific to my device. (I had realized I also couldn't install that game or other games I'd bought to my phone, a separate device, so it wasn't device-specific.) The last thing I did was remove my payment methods and cancel a subscription in Google Play, and then I could install my apps to my tablet and phone. I'm not sure how that fixed it, but it did. It seemed to "reset" my devices with Google Play, so to speak. If anyone knows how that resolved the issue, I'd love to hear. I'm glad it worked, but I don't know why it worked.

I saw the "Your order is processing, your item will be available in a few minutes." message while trying to fix an order gone bad.....

I was trying to purchase a "second phone line" in the Hushed app. The subscription/purchase had gone through Play store (where I was charged) but something went wrong on the handover to the app vendor or at the app vendor and the line did not appear.

Each subsequent time I tried to purchase that item, I got the "Your order is processing, your item will be available in a few minutes." message.

Not the answer you're looking for? Browse other questions tagged google-play-store installation google-apps .