Screen offset when running some Android apps on PC (not Chromebook)

I installed Android onto my laptop so that I could play a game called Psych with my brother.
When I launch it, the screen is shifted to the right and the mouse is limited to the area of portrait orientation (see image). 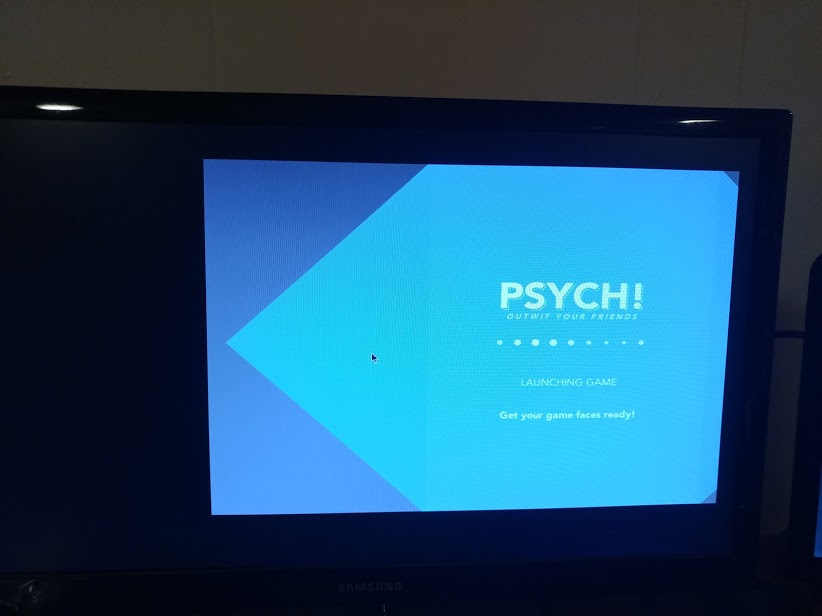 My theory is that the app is a portrait app, but when it is displayed on a horizontal screen (like a Chromebook), it will stretch out these edges so that it doesn't look bad and the user can just click the important things in the center (that is why the mouse is limited to the portrait area). But for some reason, when it launches on the computer, it will be forced to start displaying from where the portrait apps start from, causing it to shift over.

Please inform me, if my theory is correct or if it doesn't work for another reason, what the reason is, and most importantly, tell me how to fix it. Please ask me if there is any other information I should provide.

Before we address your theory and subsequent request for a fix, we need to establish some basic info about Android.

Firstly, Android is a Mobile Operating System. Your laptop is most likely more closely related to the common desktop/personal computer type of operating system.

"While computers such as typical laptops are 'mobile', the operating systems usually used on them are not considered mobile ones, as they were originally designed for desktop computers that historically did not have or need specific mobile features." -- https://en.wikipedia.org/wiki/Mobile_operating_system

As such, your laptop's hardware is not the best host for the Android OS. Since Android is built on top of the Linux Kernel, it usually is built to contain just enough hardware configuration and driver support to function on its intended build target or host device - usually a mobile phone or tablet.

This means that the Android OS you installed on laptop hardware is doing its damnedest to actually function. The stripped down Linux Kernel now driving your laptop's hardware more than likely is falling back to generic drivers with limited feature capabilities.

Which brings me to your first inquiry;

My theory is that the app is a portrait app, but when it is displayed on a horizontal screen (like a Chromebook), it will stretch out these edges...

This has a grain of truth in that Android doesn't know how to properly drive your laptop's display. Android has tons of sensors, including a bevy of Motion Sensors that help Android decide on configurations screen orientation.

Since among other things your laptop lacks these sensors, Android cannot determine in which orientation to display the user interface. The Android OS you installed is probably having difficulty ascertaining other display hardware attributes such as pixel density, resolution, color encoding, screen size, etc... hence the "stretched out edges" you note.

tell me how to fix it

You're more than welcome to contribute to the Android Open Source Project while simultaneously building your own custom Linux kernel with help from around the Internet. Though this is an utterly daunting task for even seasoned developers.

A better option, in my opinion, is to reinstall a more appropriate Operating System for your laptop (e.g., Windows, Ubuntu, etc...) and simply run an Android emulation software suite such as BlueStacks 4 or Nox Android Emulator.

Not the answer you're looking for? Browse other questions tagged screen bugs orientation android-pc or ask your own question.