Does “Not Found” error always mean the app is unpublished or not active on Play Store?

I am having difficulty finding some apps in Play Store. A lot of times, when I come across a link on the older posts of this website and I load it, I get "Not Found" error on Google Play. I explicitly get:

We're sorry, the requested URL was not found on this server.

I do double check with the app on AppBrain and usually, it shows that XYZ app unpublished on some ABC date in the past, so I end up believing that the app is really dead on Play Store. However, sometimes, a user, whose post I deleted because of dead link tells me that the app is live on Play Store.

I do a check using Opera browser's free VPN service (regions: Europe, Americas, and Asia), and also with a Chrome Extension for American/British VPN service. I again and again get the same dead link. I also ensure using Private Browsing to rule out browser caching.

Recently, a fellow moderator notified me that while I was not able to load the link, he could easily load the app Google Goggles on Play Store. AppBrain still shows the app is no more active on Google Play though.

Similarly, I came across the app MyAndroidTools which does not load in Google Play Store, also seems inactive on AppBrain, but had a fresh beta version, as seen on APKMirror.

Well here's something that I know since I have experienced it in the recent period. Apparently, it so works that when an app is "unpublished", then the app is still downloadable by existing users (those who own the app, either because they paid for it or because they acquired it when it was free).

The users who already own an app will see it in Play Store (app and web) while logged into the same Google account using which it was acquired.

It would be a different outcome when apps are removed (deleted) due to violations. Deleted apps should no longer be available for installation to any user. But since I know that Flamingo was unpublished because it did hit the API limit from Twitter, it is still there, regularly updated, but not available to the public if they never owned it before when it was live and available for purchase (download). 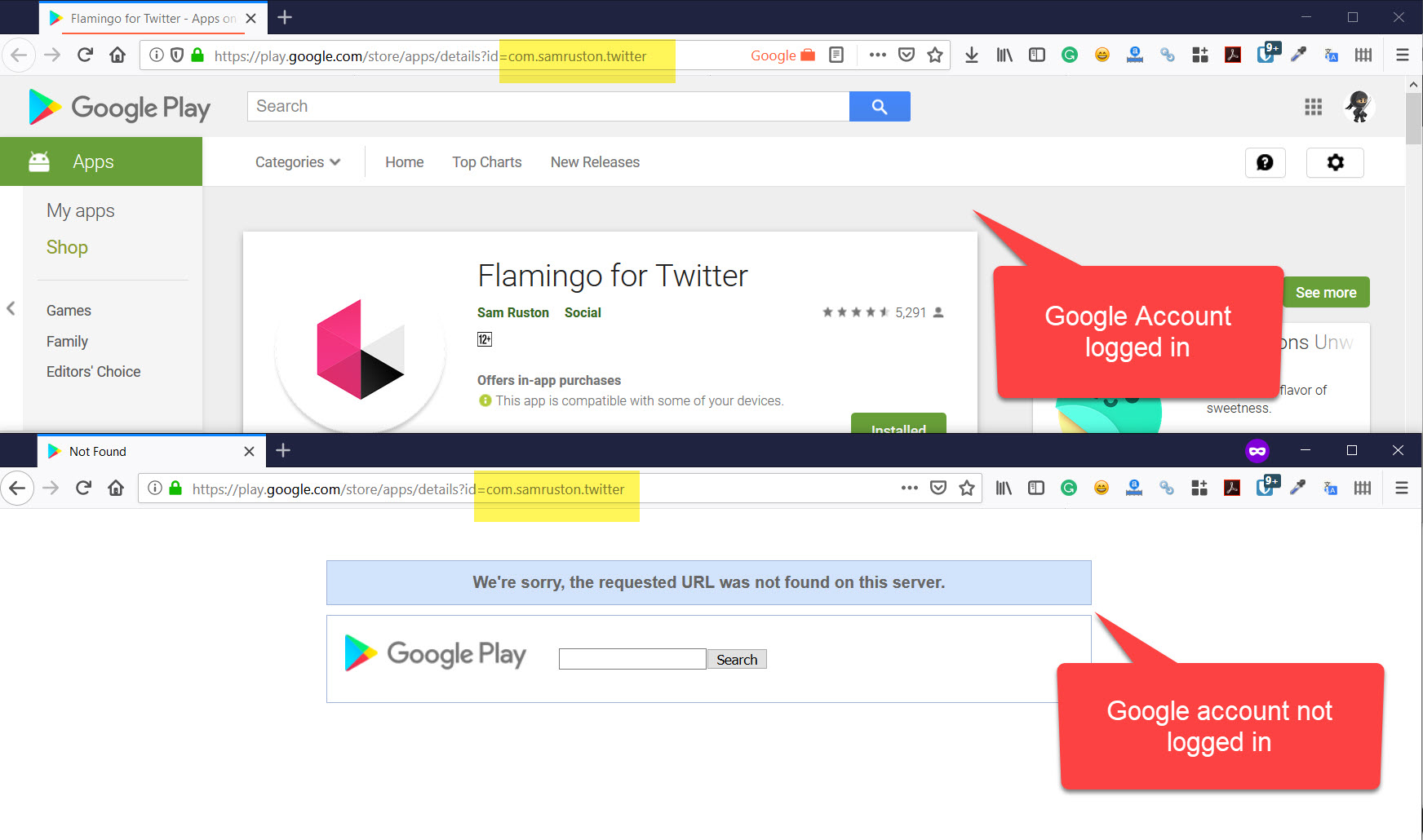 As it is entirely dependent on the Google account and whether the app was owned by the user in the past, there will be no 3rd party api which can tell you if an app is still downloadable from the Play Store. Play Store throws a direct 404 for such apps which are not downloadable unless you are an existing user.

So, I believe you should remove such links because well, these apps are not available for new users to download and these are basically the ones who need the app. Existing users will already have it. With the exception that such apps do not appear anymore in Play Store search, even if you own the app and are logged into your Google account.

And as much as I know, apps locked to certain countries are still browseable in the web version of the Play Store and even within Play Store app. On the mobile app, it is not downloadable and marked as "This item is not available in your country". So, a VPN or location change will not help you to access a Play Store app which throw a 404. You should remove such links without thinking twice. 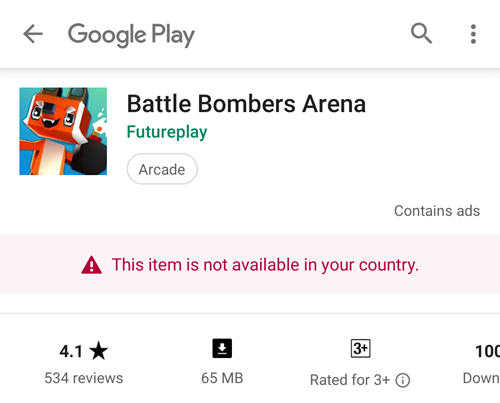 "NOT FOUND" means it is not active on Play store or by your country location. and if you want to download any app , try some mirrors like apkmonk, apkmirror, etc.