Ctrl+Mouse Drag on Chrome for Android

My work requires me to use an Android mobile phone to surf a web-based image (SVG) viewer.

I have no problem on using the zoom function, as it seems like the viewer supports the pinch zoom function as well. But I can't pan to move the image. I have had a quick glance on the source code, it looks like the viewer uses AngularJS to monitor the press of "Ctrl" button event. But I'm not completely sure.

So my question is, whether there is a way to "fake" the browser or the device that I have pressed and held the "Ctrl" as I'm having a keyboard, while I drag (double tap) the mouse?

I am expecting an App, which could enable me to press a button, such as the Vol+ button, then I can double tap (like normal "drag" gesture on Android), to simulate the "Ctrl + Drag" action.

Or it can enable me to drag the image using a spectial gesture, such as triple tap, or drag with three fingers, or whatever to tell the device that I am doing the "Ctrl + Drag" action? Or an App like the Teamviewer for Android that I can press a button the hold the Ctrl, until I click the button again to release the Ctrl. Like the row of six buttons on the top of this image: 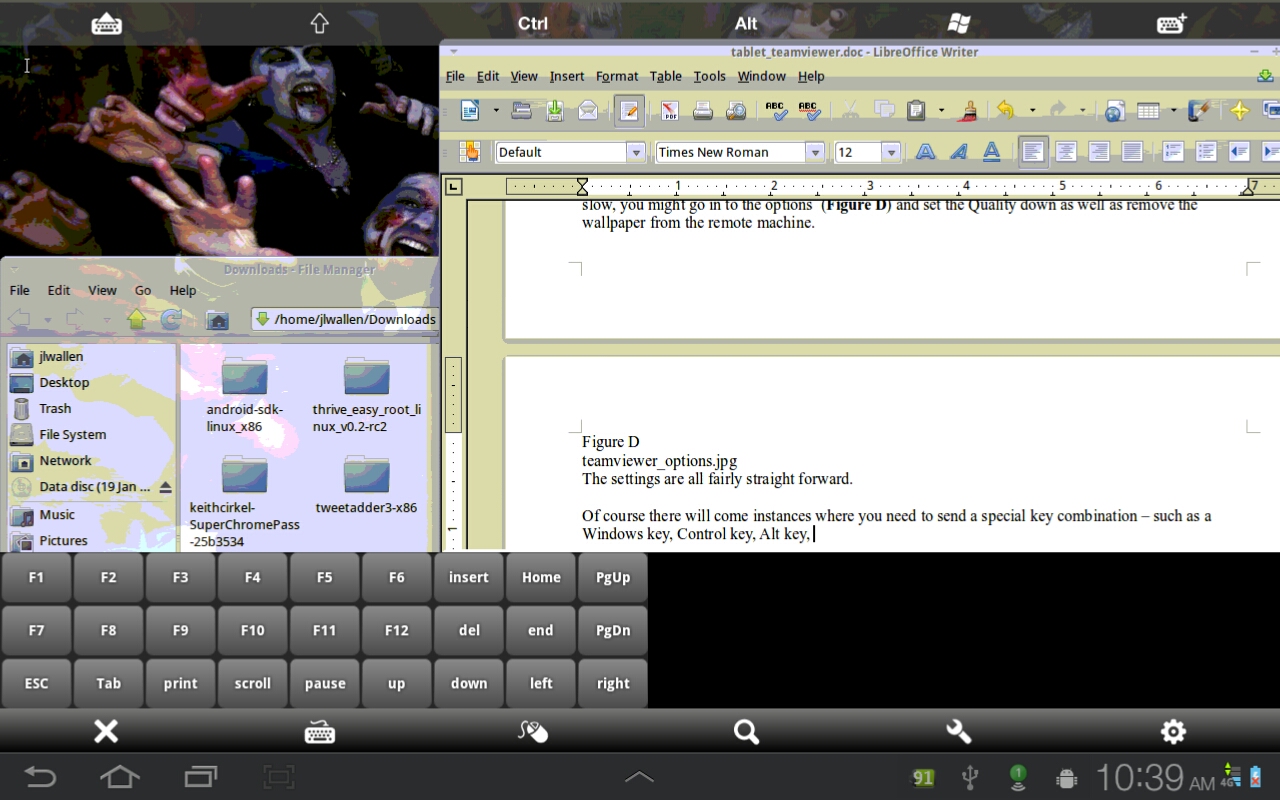 I have tried other browsers, like Firefox Lite and Edge for Android, still no luck. But a new browser to me is also OK. I have also tried to use App like Hacker's Keyboard (https://play.google.com/store/apps/details?id=org.pocketworkstation.pckeyboard&hl=en). But it seems like the keyboard only activates while I'm typing things in a blank space, but not any time I want to (like I'm dragging).

The above method is just my own imagination. But any other method which could simply do the "Ctrl + Drag" action is absolutely welcomed. Thank you very much!

1
Android directly uninstall from home screen by drag and drop
2
Switching from Google Japanese Input directly to Google Keyboard?
3
How to enter “carriage return” in Android Google Keep in checkbox view?
0
How to change input method on 5.1.1
11
How can a bookmarklet be ADDED on mobile Chrome without copying and pasting?
6
Undo remove word from autocorrect