How Should I Handle This Suspicious App? 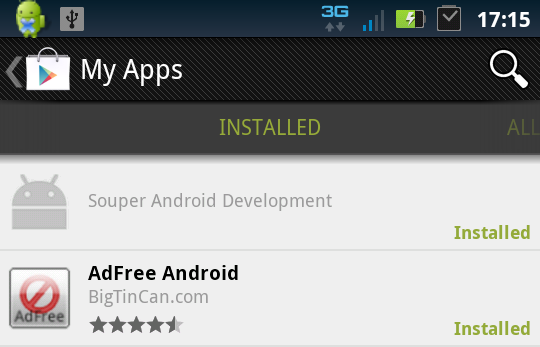 I was scrolled to the top of the page during screen capture. Notice how many standard features are missing 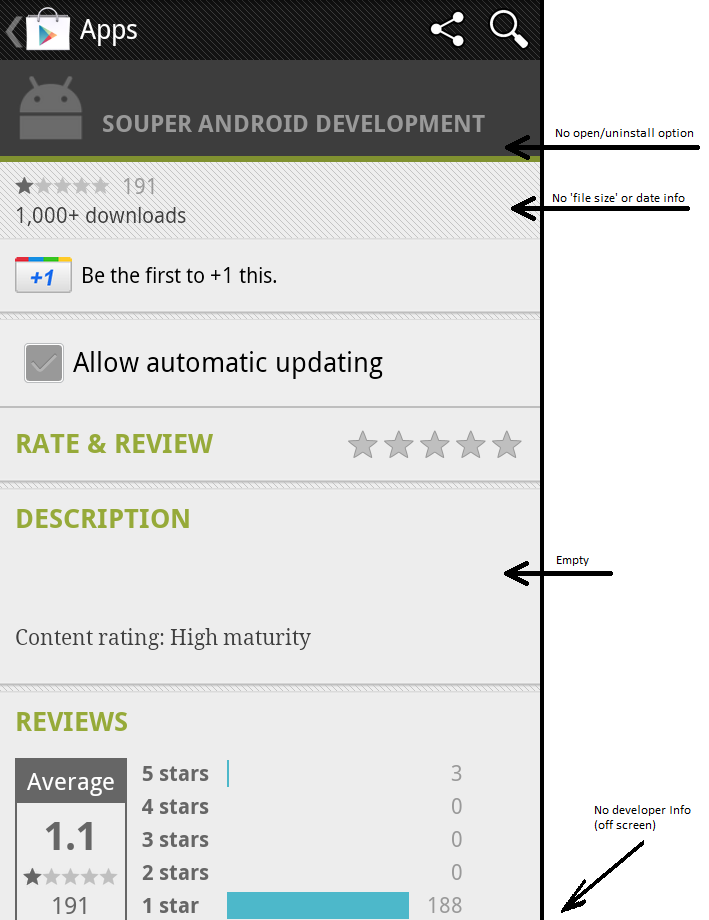 While searching other complaints on this app, I dug up:

There's nothing malicious here. A developer uploaded an app to the play store that has the same package name as a system app from your phone.
The new play store update tweaked the detection of system apps and it linked the apps. This will probably resolved soon. No need to bring the big guns.

Lookout and other "antivirus" tools don't show anything malicious because they couldn't tell angry birds apart from a nuclear bomb. They are completely useless against any sophisticated attack.

Not the answer you're looking for? Browse other questions tagged applications uninstallation malware or ask your own question.

5
What's the “MTC Мобильная Почта” update on my Samsung Galaxy?

3
Is the app version I download always the latest?
3
What is this CJK app and why is it on my phone?
3
How an app can detect my device's uniqueness?
0
Cannot uninstall an app from adb
3
Unable to update Google App on Nexus 6P running Android N Developer Preview
0
How to remove app-malware-virus that's not visilbe in the app list
3
Is this “Boost” / File Manager app a true system app or malware?
2
Will this Remove a Permission from an App?