Many apps like Facebook, Linkedin have two versions. One small and one full version. When you go to playstore and navigate to any of these apps you see "similar app available here" written below app logo and name in green background.

On what basis does google playstore (android app, web version doesn't show such thing) show this? 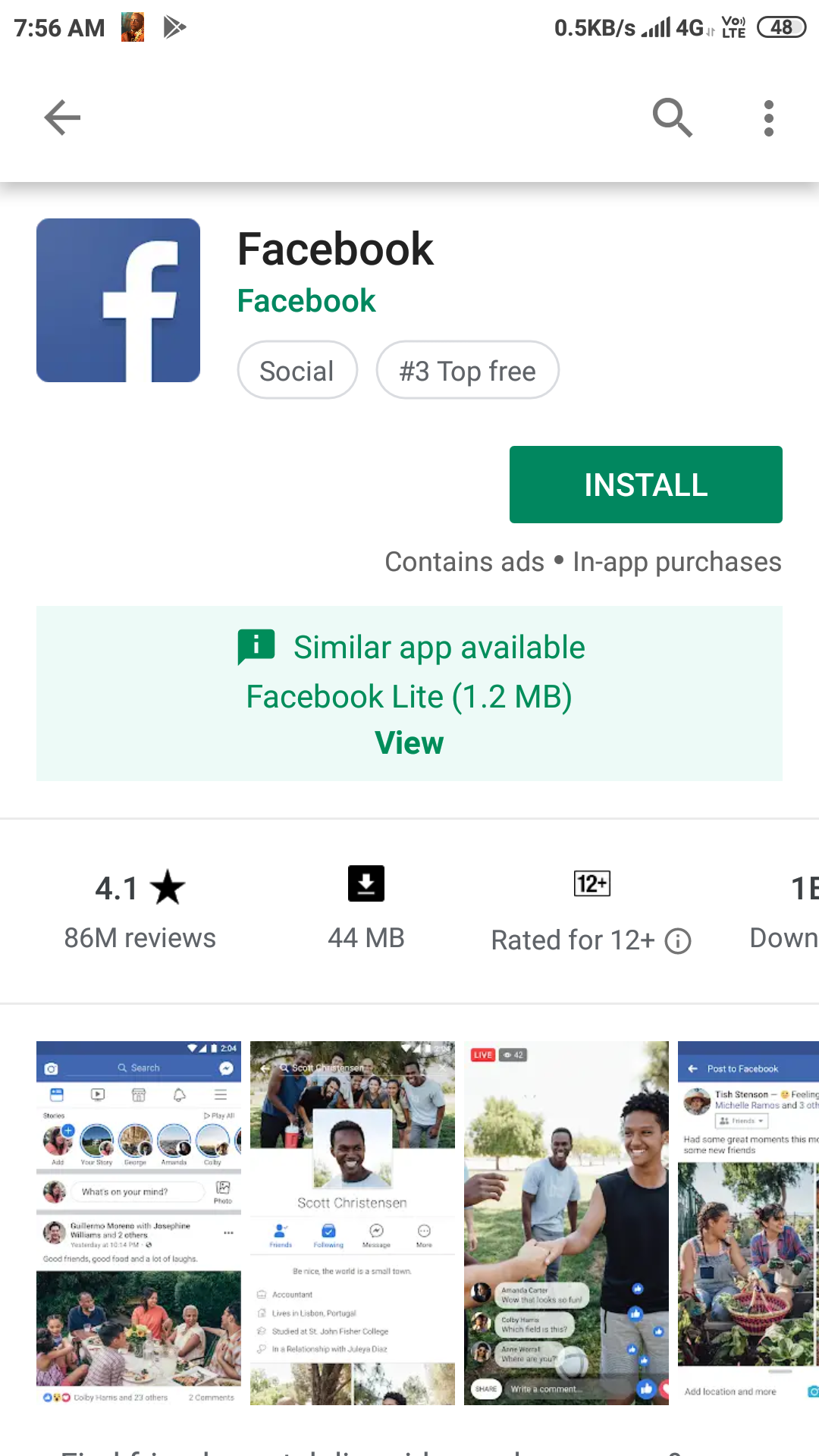 Why it does not show whatsapp and whatsapp business in similar fession?

So, you get app suggestions for YouTube, Google Maps, Facebook, Messenger etc. WhatsApp isn't shown since WhatsApp doesn't have a lite version.

The current setup is only there to push a lighter (and faster?) version of the same app. Its intention is not exactly to give you similar apps. Similar apps are offered later on, at the end of the app description. Yeah the wording could have been better, but Google is the boss. Maybe Google will expand the functionality in the future to get something like what you're expecting in the latter part of your question.

Edit: From the source (in comments), it does look like Google is also suggesting a bigger version of the app when you're browsing the lite verison. Still, my answer stands relevant as it is only doing the juggling between lite and standard app and not exactly doing similar/related apps.

2
Error while installing APK without Play Store
1
Android tablet not auto-updating applications
2
If I have to accept new terms, where I can read them up?
2
App updation- Google Play Store wants to update an older version of app when latest version is already installed?
5
Whatsapp on android device: PlayStore error code -11, parsing error when trying manual install
0
How do I open an app that Play Store lists as installed, but that isn't accessible?