I bought a Samsung Galaxy S6 in Aug 2016. Everything was fine, until last week. It got very slow. For example, when I draw my unlock pattern after a reboot, it takes such a long time to load the homescreen that the screen turns off. After a few tries, I get in but every tap takes very long until the device reacts. It takes ~25 seconds just to load the keyboard.

I downloaded System Monitor but the CPU load was not on 100%, so there is no app/virus which consumes too much CPU time. Geekbench 4 says that the CPU / GPU performance is even above average for the Galaxy S6.

But then I decided to test the storage speed. I ran Androbench and the results are very bad (see screenshot). 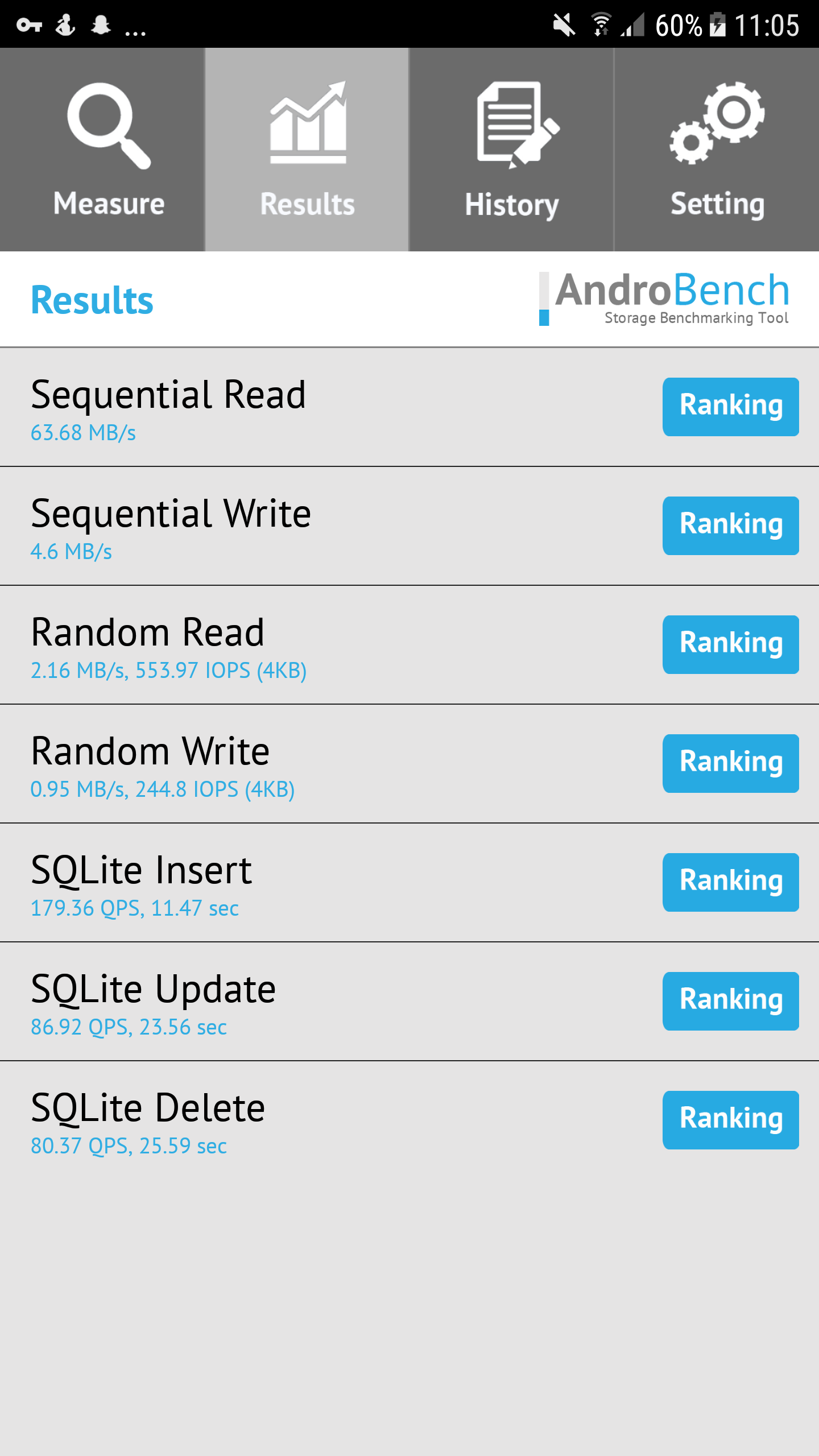 Normally, the performance should be like in this test.

So my questions now are: how can I find out why is the storage so slow? Is it just flash wear? Is is a broken driver? If it's a hardware failure, what part do I have to replace?

If something is unclear, just comment and I will edit the question. Thank you in advance!

UPDATE 2019/06/20 08:03: Tried reflashing the stock firmware and factory reset, but it didn't helped. The benchmark is even worse now. Ordered a new motherboard now.

I'm getting 45 MB/s sequential write when it should be 120 MB/s. Read speeds are roughly the same as on the review though.

In your case, I would try full factory reset, reflashing the stock ROM or even a custom ROM with a different kernel to see if the benchmark would generate different results. If you get roughly the same results after all, it's a hardware problem.

Not the answer you're looking for? Browse other questions tagged samsung internal-storage storage samsung-galaxy-s-6 .

1
After Rooting my phone, I get a black screen, followed by "[app] has stopped working" for every application, any idea what could be going on?
0
Why does my Samsung Galaxy S6 show more used space?
0
Samsung tablet blocked
2
How to recover from recovery boot loop in Galaxy A20?
0
Smartphone laggy and slow: when a factory reset is ineffective
1
4G symbol appears but no/slow internet