Why did the Market app disappear on its own, and how can I get it back?

The Market application recently disappeared from my device. I did not install any OTA updates or other system upgrades to cause this. Why has the Market disappeared on its own, and how can I get it back?

Google officially renamed the Market (and its associated products) to Google Play, which they announced on March 6th. Google Play encompasses all of the content distribution/sales services previously provided by Google such as music, movies, and apps. Due to this rebranding, the various Android apps have also been renamed:

The last one I've bolded because it will update itself, meaning that the Market will suddenly seem to "disappear". In reality, the application has simply been renamed, so open your app drawer and look for the "Play Store" app instead of the "Market" app. The icon will resemble the same shopping bag as the Market icon, but it will be white: 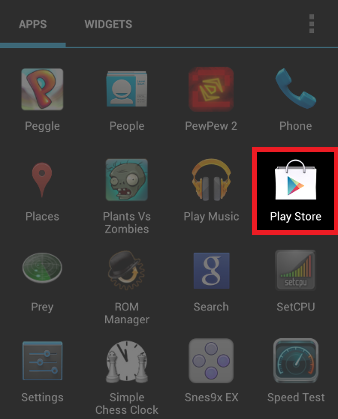 The other three will not update on their own, but can be updated from within the Play Store as per usual. The functionality and visual design of the Play Store app is almost identical to that of the most recent Market app versions (3.4+ or so). Again, it is simply a renaming/rebranding of the original Market app.

However, if the Market did get completely uninstalled for some other reason (not associated with the Play Store update), you may need to look at Android Market disappeared! How do I get it back? which also discusses how to re-install the Market.

8
Android Market disappeared! How do I get it back?

8
Android Market disappeared! How do I get it back?
6
How can I fix Android Market app's “Allow Automatic Updating” checkbox after it hid?
26
Why are some apps on the market incompatible with my device?
4
Android Market not showing full list of app updates
1
Application in Market that Open click returns you back to the market
6
Why do the “Successfully updated” notifications disappear?
14
Can I see what apps I own that have been pulled from the market by developers?
41
How to get rid of update notifications for a given app in Google Play Store?