Why phones with Android One don't get update to Q right now (2019)?

Android one phones are near stock version of Android.

Starting Android 8 (or 9) project treble aims to deliver new version of Android without work from the OEM.

Yet phones with Android one and treble don't get update right away, see for example the Nokia roadmap to Android Q: 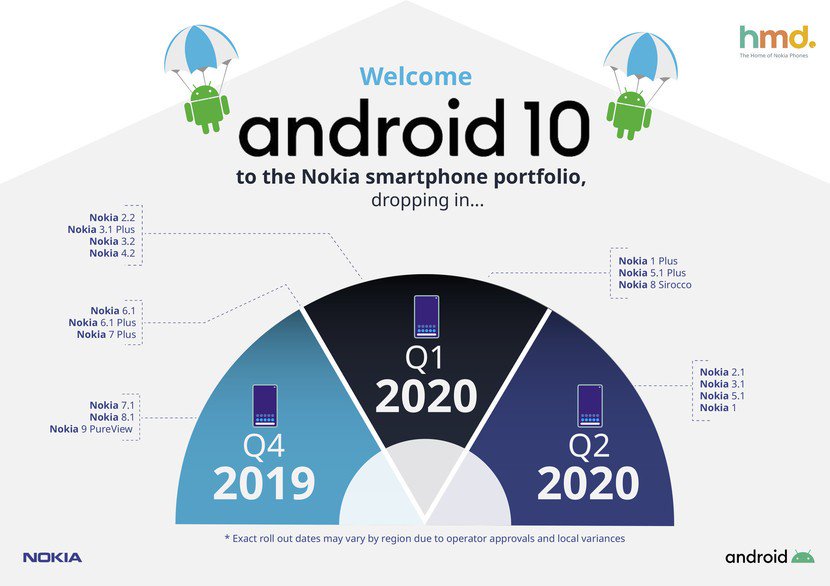 For example, Nokia 2.2, Nokia 3.2 and Nokia 4.2 all have Android one and start with Android 9 (so they are treble ready) and have to wait until Q1 2020. Why can't they get the GSI directly from Google servers to get update as fast as it's released by Google?

The updates are still required to be done by the OEM. And if you try flashing a GSI yourself, it will either not boot or be ridden with issues. The underlying vendor partition also needs an update along with new and updated drivers and HALs from the component vendors to make the hardware work properly with the new OS version. Hence, it takes time to merge, develop, test and then make the final market release. I wish updates were as easy as picking the Google system image and sending it to the phones. GSIs normally work ok if you're installing the version for which the installed vendor partition was built. But in my case they weren't fully smooth. For example, my Nokia 7 has a badly performing modem when on a GSI. And the Android 10 GSI just kept on bootlooping.

In Android one programme updates are provided by google itself and they give the pixel phone the higher priority as if all the phone will start having android 10 pixel will start losing edge. Android one updates are not necessarily the fastest. Even Huawei is providing P30pro with android 10 in coming December

Not the answer you're looking for? Browse other questions tagged updates android-one nokia-x treble or ask your own question.

-2
Does the use of Android One remove the risk of OEM spying?

0
HTC ONE last update. Bootloader claims tampered
0
Force 3G mode on dual-SIM Android One phones
1
OTA update (Marshmallow) failing with “error” while installing it on a device running Android One
2
Stop and disable Android system update on Motorola phones
1
Can't reinstall nothing to /system
0
Nokia 7.2 running slow with Android One version 9
0
How to Upgrade a Galaxy Tab A Model SM-T550 to the Latest Android