Sync both ways "camera picture folder" for android and pc

I am helping an older person who is not tech savvy enough to play with Android and USB cables and I'm tired of doing it for them.

They need open pictures taken with android smartphone (built in camera, saved to its local DCIM folder) onto their computer, edit them (Windows) rotate, crop and so on, then transfer back to smartphone and then send via MMS. (yes, it's odd to use MMS i know, but as i said -we are talking about non tech savvy persons and they know how to operate mms so there is not possibility to switch them to using email).

Right now, i have use send anywhere to transfer picture to computer, wait for them to edit, and transfer back via send anywhere... or use usb cable.

I got idea to use dropbox, and dropbox let me send saved pictures directly to pc (via dropbox camera photo upload) so this part is done, but it won't work other way (after editing file on dropbox photo folder - it's not syncing back to phone) It's synced on dropbox folder via browser, but android app won't sync it back - i haven't seen that function < so it's useless.

Do You have any other idea of how can i sync pictures both way and make them after edit appear on built in android gallery so they just can select edited picture and send via mms?

You could use SyncMe Wireless application.

With SyncMe,you can copy, move, sync and backup your mp3, pictures and documents over WiFi (including Portable WiFi hotspot), (or cellular VPN) to your computer. Nothing to be installed on your computer.

The application itself provides a step by step guide in setting up the folder to be synced (note: sharing must be enabled on your computer). 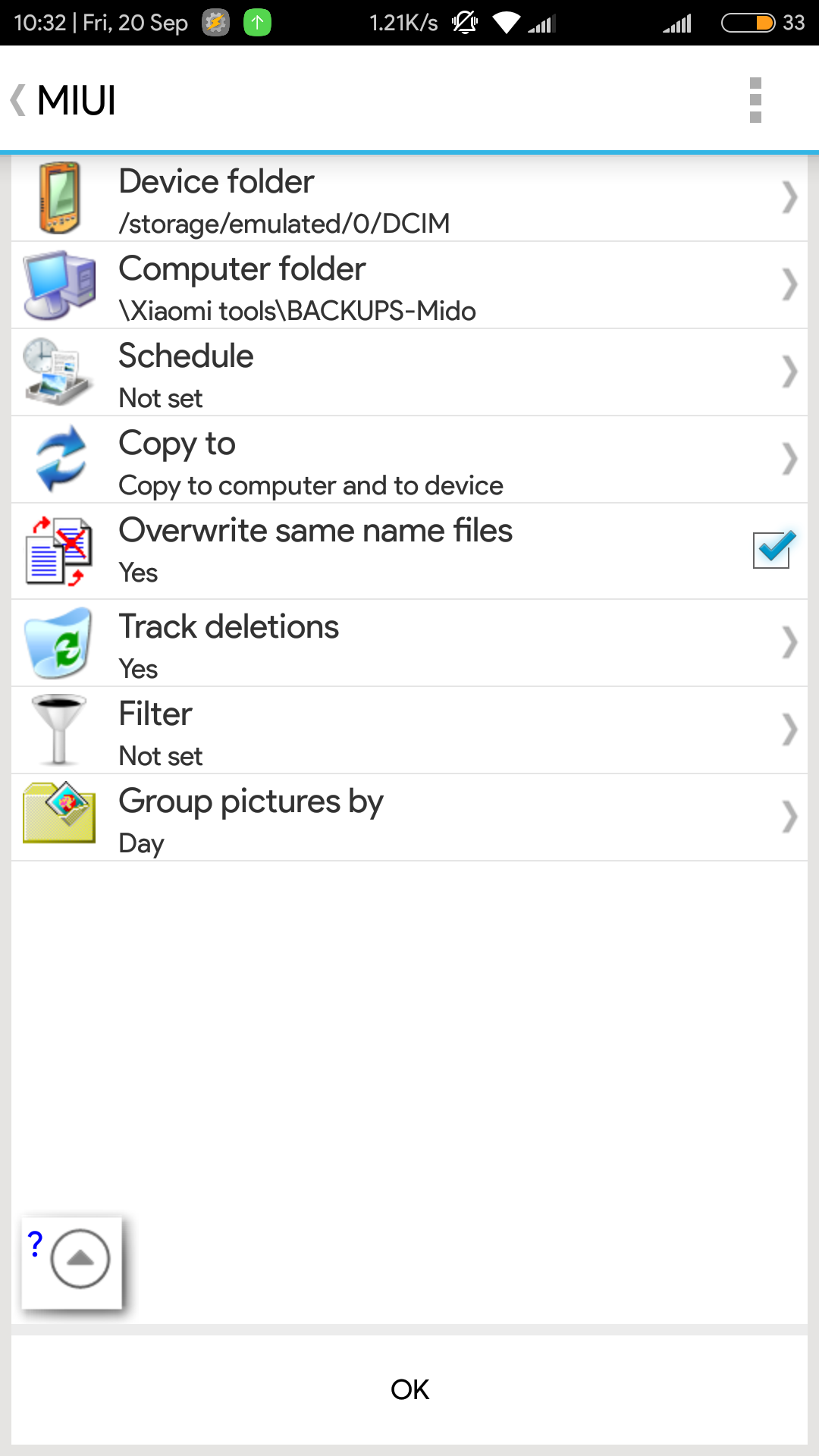 NB: No affiliation with the appplication but just use it as my daily driver for similar needs

Note: You may need to enable SMB1 on Windows

Not the answer you're looking for? Browse other questions tagged sync gallery dropbox or ask your own question.

3
Do favorite Dropbox photos automatically download to my Android?
7
Instagram creates a new "Camera" folder, how do I deal with it?
3
Do DropBox favorites sync?
4
How to configure Dropbox to ONLY upload camera pictures, and NOT download all folders in the cloud?
3
How to sync Hotmail contacts in both directions?
1
Galaxy S10+ - Gallery broken in weird ways - can't see pictures, can't save camera photos and can't take screenshots