How to use Visual Studio Code on an Android device?

I have Samsung Galaxy Tab S6 and it has cool features to replace laptops, but it is unfortunately running Android OS, and not many development apps are available for Android.

Is there an option to run VS Code at least on an Android device?

There are two ways to use Linux on Android so we can use VS Code :

VS Code does not yet exist for Android, so there's no way to run it for now. There are some other good editors though, such as CodeAnywhere that you may be able to use in the meantime.

The open-source version of VS Code is called code-server. To run it on Android (without root) you will need:

Once running Termux you will need to install a bunch of packages as code-server is an Electron app and needs support from nodejs.

Per the Termux NodeJS wiki you should probably have installed:

As they are needed for building native extensions.

And finally install code-server itself.

warning installing code-server takes a while

code-server is now installed and will be the back-end for your front-end which will be a Chromium based browser, like Chrome for Android or Microsoft Edge.

At that point you'll get some logs about where to find the password.

In my case I used cat ~/.config/code-server/config.yaml to find out what was configured. 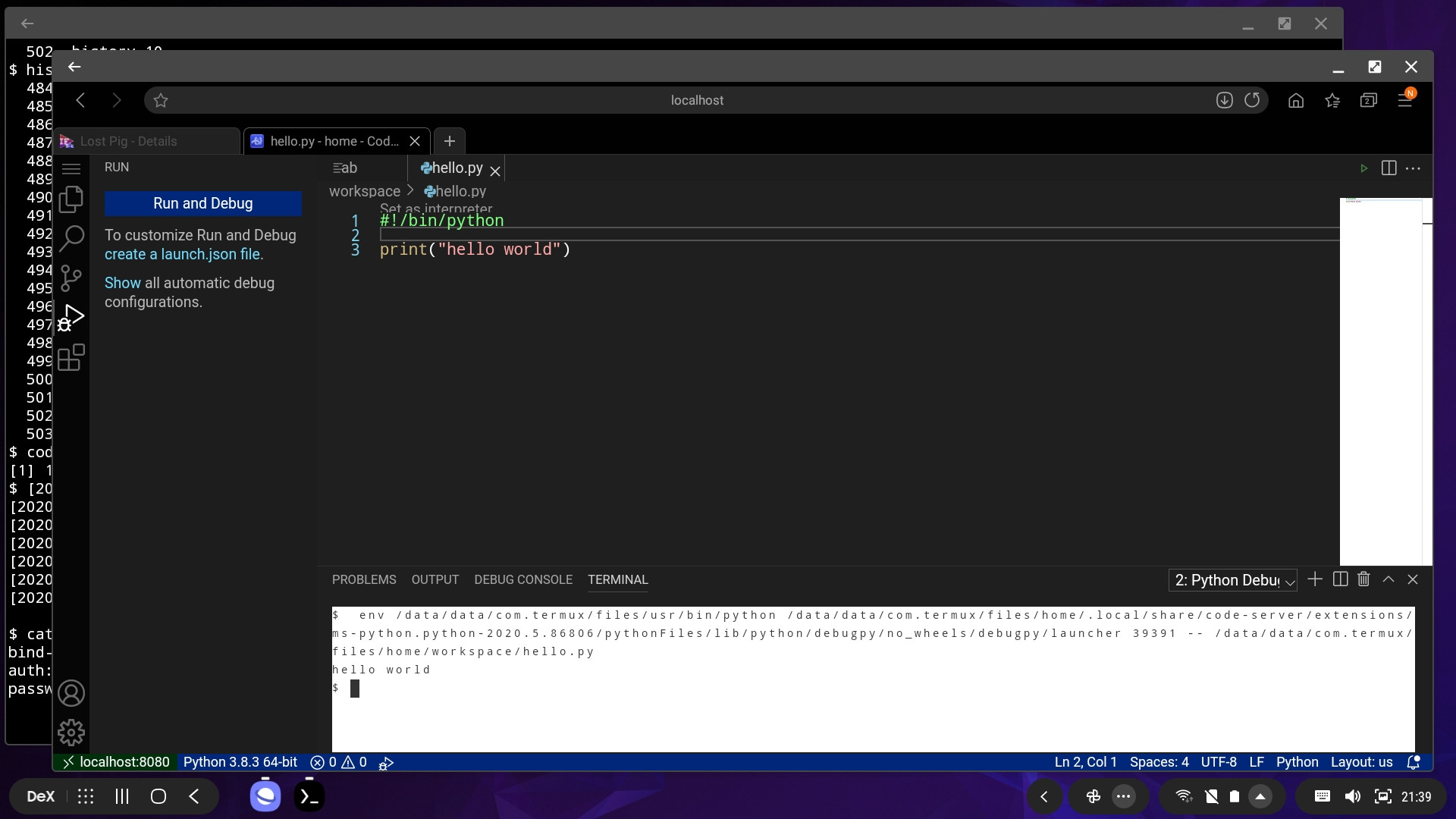 As you can see in the screenshot, even the MS Python plugin seems to work (for now).

Not the answer you're looking for? Browse other questions tagged applications development or ask your own question.

64
How can I do development on my Android device?
7
Is there a way to move installed apps from one device to another?
1
Where did my purchased Apps go when I upgraded my Phone?
4
How to check if an APK contains native code?
3
How can I install MySQL on my Android device(s)?
1
How I can use SD card as internal memory?