What are the options for streaming music from PC to phone?

I'm interested in being able to play music that's on my computer through my phone - mostly so I can plug the phone into speakers in different parts of the house. Looking for apps, I realise that there are actually some pretty different ways you can do this:

Am I missing any? What are the strengths and weaknesses of each approach? One concern for me is I'd rather not have music going via the internet, because then it would count doubly out of my internet usage cap.

Also, are there apps (with the right combination of PC software) that can combine these approaches? It would be great to be able to either drive a playlist from the PC, or select songs from the phone. Extra bonus points for solutions that work for video (ie, films) as well.

My PC is Windows XP, my phone is Samsung Galaxy Note.

EDIT Incorporating answers from below into the original list.

Generally, Galaxy devices have AllShare app which is DLNA certified software. If your device doesn't have AllShare, install Skifta.

Now, all you need is a DLNA certified media streaming server on PC. Fortunately, Windows Media Player 11 on Windows XP has this capability. So, you don't need extra software. 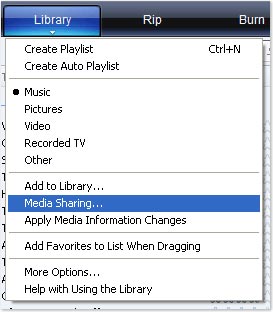 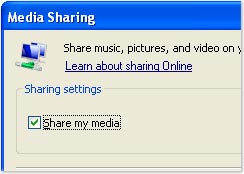 Make sure your music collection is in WMP library.

You don't need any extra-terrestrial configurations as DLNA certified products feature UPnP (Universal Plug and Play). Just make sure apps (or, its services) are open & are connected to same network (LAN/WLAN).

Its the best way for streaming media because its UPnP. It was designed to get rid of complexities of traditional media streaming solutions. And, it supports pictures and videos too.

Have a look at SoundWire.

If you're looking to just play music anywhere in the house, the option to just access a file share from your phone and play music from it is probably your best bet. ES File Explorer has a Samba plugin that should allow just that, and most music players should be able to do playlists.

As an aside, no matter which option you chose you don't have to worry about bandwidth so long as you are using a locally hosted option to stream your music (ie, not a cloud service like Google Music).

However, if you want a lot of control and the ability to stream to multiple devices simultaneously like an internal house radio station over your local network, I would strongly recommend Subsonic. You have an enormous amount of control over your media via the app from any machine running the Subsonic app, and they have apps for all phone and PC platforms. The only catch is that there is a $20 license to use the phone apps. However, that wouldn't stop you from just tuning into the streaming feed from your phone and using the browser based interface instead to control your music.

I use option 4 (DLNA) quite beautifully for streaming both music AND video to my phone/tablet/PS3 and tablet within wi-fi range in my house.

My setup is: PC MediaTomb running on Ubuntu-linux (If you run Windows, I'm sure there are alternatives)

*PS3 only recognises some divX codecs

I've had a squeezebox streaming media player for years and the software which is also downloadable free is pretty good so I use that. I can stream remotely, as per original question, when I'm away from the house and I've used XiiaLive as an android player. It's not as light as player as I would prefer but it works.

The server also looks after submissions to last.fm which keeps me happy.

All free software. The Squeezebox server is also cross platform.

Subsonic. It is extremely robust and easy to use.

It is open source but there is a licensing. However as it is open source you can remove easily the license. (and this is perfectly legal) See https://github.com/KHresearch/subsonic

Well, here we are in 2018 and I have a cunning plan. It doesn't quite answer the question as posed but I hope it's close enough.

Then I will copy my entire music library across from my PC.

Next up is a Bluetooth audio receiver that will pair with the phone and that you can simply plug into a spare input on your amp. Again, these are incredibly cheap on eBay. I don't know yet if they are any good, but people have posted some enthusiastic reviews so I couldn't resist buying one. It's in the post, will report back.

Then, install the music player of choice on the phone and to start streaming just press (I believe) the 'pair now' button on the receiver and then fire up the app. The phone should then play through the receiver to the amp.

So, a few unknowns still but I have high hopes. I'll let you-all know how it goes, should be fun.

I have an old Samsung tablet I leave connected to the stereo and powered-on at all times, where it has all my cool audio apps installed and configured. I then install Android VNC Server on it (in my case the one I got to work was VMLite VNC Server which can work with or without 'root' access in Android). My tablet happens to be rooted so VNC server can auto-start on boot for me.

Then I connect the free RealVNC client to it which gives me a remote desktop type window to have full access to the home screen of the Android.

Then on my laptop I can launch it and get into the tablet and launch all my cool sound apps like Folder Player, iHeart Radio, Tune-In Pro, Scanner Radio, and maybe 25 others. That stereo is wired to speakers in multiple rooms which allows the content to be everywhere.

They also have VNC Client apps for Android so one could access the tablet from a phone, but I haven't tried it since I am always using my laptop when at home so Windows VNC client works fine.

Some may find it crude but for me it is the most versatile.

You can use SoundIt to stream audio from your computer to any other device easily, it's designed specifically for that.

It allows you to stream to multiple devices at the same time and control each device's volume remotely.

2
Is there an app that allows me to remotely access and play my hard drive's music files?
9
Play music from PC on Android
-1
Can't play currently recorded mp4 videos on my android phone

7
What is the Virtualizer sound effect in music players and how does it work?
4
How can I stream music/audio from Android and PC to Android device via WiFi?
15
How can I make two Android devices show the same video simultaneously?
3
Streaming movie from Galaxy S5 to TV, through laptop?
0
Audio / Microphone streaming
0
How to keep audio players from starting automatically upon reconnecting to a bluetooth device?
1
How to restrict some tracks from playing in 'Shuffle tracks'
1
Use laptop's speakers from phone