So, I have an app called “ww_easteur001”, never installed it, and it behaves… weird I would say. Need help with it

So, I never installed this app, it just appeared at some point on my phone. I didn't do anything at first, thought it was something related to android because it has an android icon.

The problem is that sometimes, when I would of opened Chrome, it would of opened with a site already on it (something with some kind of clickbait game) and a ww_easteur001 notification. Sometimes that notification just popped up without anything happening "apparently". I unistalled it a while ago, thought that it was gone, after a few weeks it appeared again. Uninstalled it again, appeared again, etc.

Today I looked closely and I saw that it had access to my Phone (calls and numbers), Messages and Storage, and I found out that at some point a message was sent to a number not in my contact list that seemed like pure gibberish. (My luck that I don't have credit atm, so the message didn't go through). I obviously suspected that app.

So... Need help. I'm not entirely sure what I should do (I know I should of done something the first time when I saw it, but I was dumb), I'm not sure what it does exactly, but definitely not something good. I cannot find anything online about it / similar experiences...

Now, worst case scenario I can just reset the phone and/or buy a new one, since this one is trash anyway, but I'm still confused about what's all this about, and I may or may not be a little bit scared to what it has done this whole time. 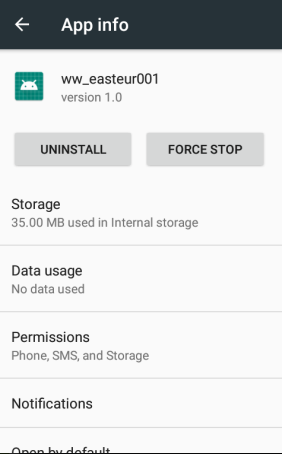 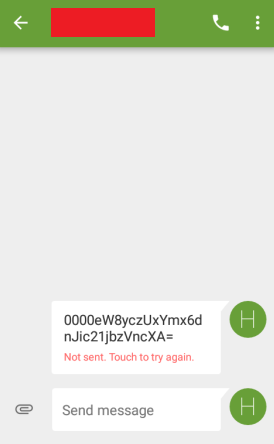 Browse other questions tagged applications malware unknown-sources virus or ask your own question.

108
View app's full package name?
6
Unwanted apps auto installing without me doing anything. How to stop them?

0
How do I open a used notification in Android?
1
Browser infected Pop-up
1
How do I stop Android to auto enabling allow unknown sources?
3
Geofence apps not working on Android 7.1.1?
0
How do i remove my Sim Toolkit?
0
My android phone is often getting affected with virus