"Failed to load kernel" after flashing LineageOS 17.1 on Moto G6

I purchased a new Motorola Moto G6 with the intention to try out using LineageOS instead of the stock rom.

Here's everything that used to appear in the About section of the Settings. Keep in mind I selected Portuguese so I'll be translating some labels:

This is my first time messing with phones like this. I am a Computer Engineer, though.

I started following the instructions here. I enabled developer options in the settings, enabled USB debugging and allowed OEM unlocking.

Then I unlocked the bootloader. I'm using ADB and Fastboot that came with Android Studio.

I ran fastboot oem get_unlock_data, got the code, inserted in on the Motorola website, got the email with the unlock key and unlocked it with fastboot oem unlock UNIQUE_KEY.

Then I had to search for the link to download LineageOS and GApps because it looked like the steps I was following were incomplete.

I downloaded LineageOS from here and GApps from here. For the latter, I chose ARM64, Android 10.0 and full. I transfered them to the internal storage using Android Studio Device File Explorer.

Then I followed the YouTube video from the first link. I had trouble wiping because of encryption, so it seems. I followed this to proceed. Using a pass or a pin didn't work. The next solution, Repair File System, was unavailable. I could only see Change File System. Then I formatted /data to EXT2 then back to EXT4 and it worked.

Then I tried to flash LineageOS. I got error 255. I looked here. Apparently, I should have used a 64 bit TWRP. I found one here and flashed it. Then I was able to flash both LineageOS and GApps. No error messages here.

Then I rebooted without installing the TWRP app. I got the following:

I searched and didn't find much. I looked for the Software Repair Assistant but it seems it's only good to reinstall the stock ROM. I still want to install LineageOS, though.

I found some results about flashing boot.img and some other stuff, but I'm too afraid to hard brick my phone to follow any instructions that haven't been written specifically for my situation.

I still can access TWRP. I wiped and installed again to double check that there wasn't any error messages during flashing and then again to try installing the TWRP app, but the prompt for that didn't show up.

Please advise on what to do to complete installing LineageOS on my Moto G6.

Update 2020-12-15: It seems that the tutorial I followed has been updated. Now there are no steps missing. I'll try again using the files provided there.

Update 2020-12-16: I'm currently trying to flash stock ROM in order to follow the latest instructions. I'm using Lenovo Rescue and Smart Assistant but it's been on Wait for matching firmware, don't unplug your device for quite a while now. In the meanwhile, I'm downloading a stock ROM that more closely matches my device. I found out about the command fastboot getvar all so I'll post the output here:

Later today, the Lenovo tool worked (I closed it, opened it again and followed the instructions to the letter).

I got the screenshot from Magisk Manager as requested. 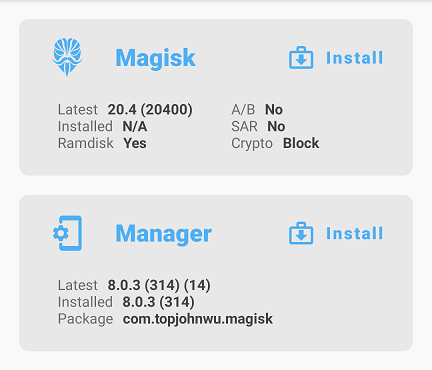 After this, try to install GApps

If all wents well, done.

If device goes into boot-loop it must be related to GApps. start again by wiping system, vendor and install LineageOS again. In Magisk Manager check the SAR (system-as-root) section.

If still not working flash another stock ROM+firmware (Android 8.1.0 or Android 9.0) and try again.

Also try other custom ROMs. I recommend to only flash official custom ROMs with Status: Stable (for example RevengeOS or Resurrection Remix)

1
lineageOS: cannot use internal SD after factory reset: "Failed to find root" (peregrine)
1
TWRP and LineageOS display flipped (180 degree rotation)
0
Rooting again after installing LineageOS?
0
Rooted Moto Z2 Play seemingly bricked after accidental OTA update. Any chance to save it?
3
How to fix phone booting only into fastboot mode after flashing a custom ROM?
9
TWRP: adb devices works in recovery but fails in sideload mode
0
Installed LineageOs16 on oneplus5 but I get black due to wrong firmware update how I can fix it?
2
Fastboot connection problem
1
twrp failed to sideload