How can I find the exact factory image version that my Pixel is using?

Unfortunately, I had mixed up my two phones in the fastboot flash step at first, and so then I ended up with the Pixel 3a with android 11 rooted again, but also with the Pixel 3XL stuck on boot, I guess because it had a wrong boot image (for pixel 3a actually) flashed into it. I tried to fix the Pixel 3XL by getting the latest android 10 factory image for it and patching the boot image with magisk. However, after fastboot flash of that patched boot image, it only worked partially. Namely, it could boot, adb shell works, etc., but it no longer responds to touch, so can't be used except for adb shell.

Hence, my question, how can I know what is the exact version of the android 10 factory image installed on my Pixel 3L? Googling doesn't seem to help, as most pages talk about how to install factory images, not how to find out what is the version installed. In answering my question, please note that I can't interact with the phone now through touch, so cannot check anything under "Settings" with the touch GUI, but can only see the fastboot info (see screenshot below) as well as anything I can access with adb shell (for example, any file in the phone I can check to find out the factory image version installed on the phone?) 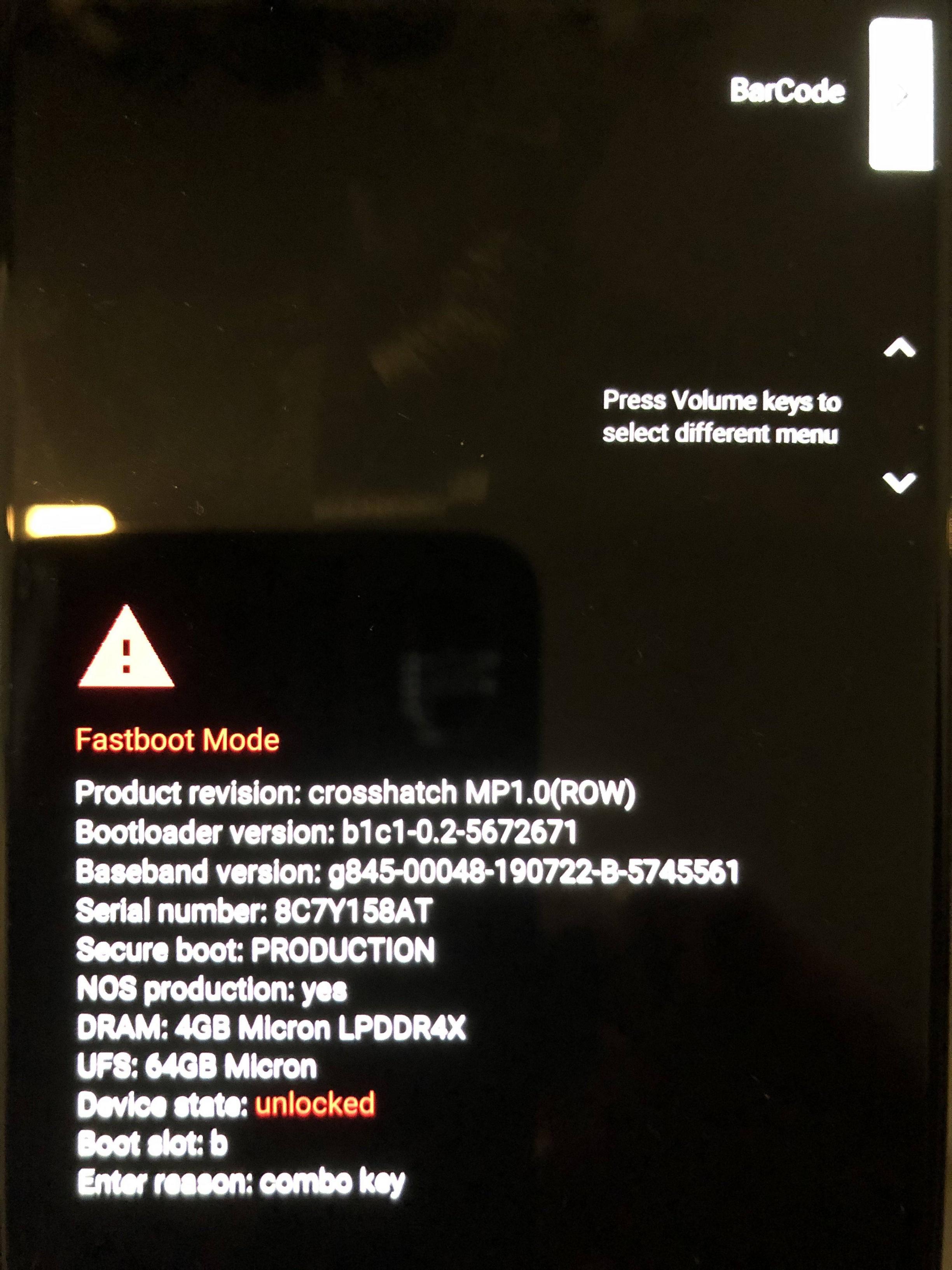 The first crucial observation was that there are something like 18 different different versions of the factory images for Pixel 3 XL for Android 10. However, there is an interesting difference in the naming convention for the first 5 of these factory images, compared to the rest. The first 5 begin with "QP1A" where the rest begin with "QQ1A". See snapshot below for what I mean .. 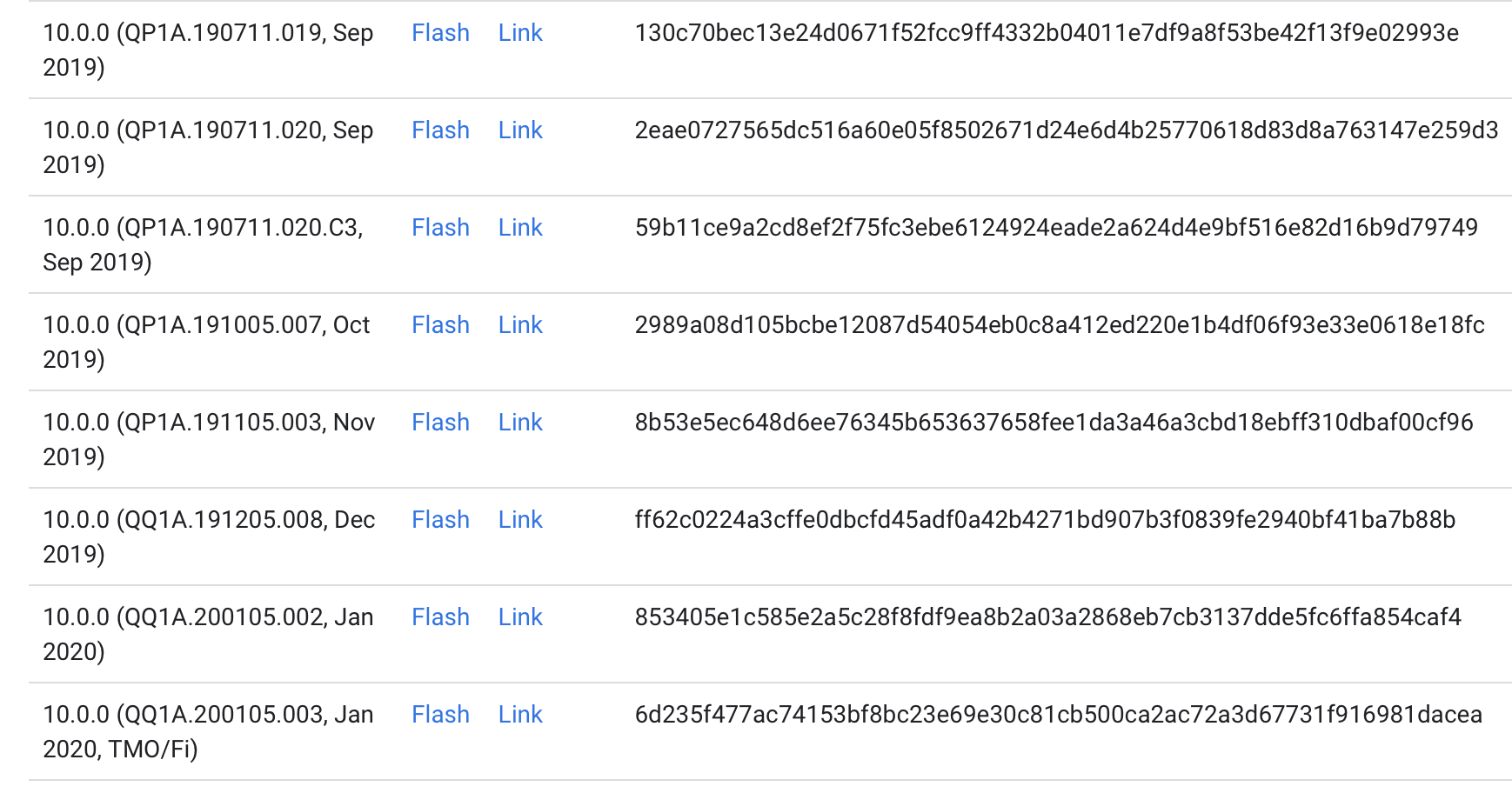 The second crucial observation was, looking at the factory image for QQ3A.200805.001, in the same zip file inside it that contains the boot.img, there is also an android-info.txt file, highlighted in blue in the screenshot below. So I was like, "duh .. why don't I see what it says?" 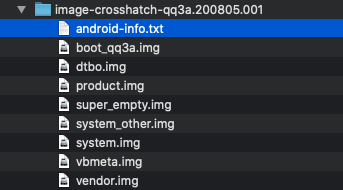 Here is what the android-info.txt says:

Excitedly, I checked the android-info.txt from the factory image of QP1A.191105.003, and the versions matched!

Anyway, happy to report that after patching the boot image from QP1A.191105.003, Nov 2019, and flashing it to the phone, touch has been restored and everything appears to be working properly again.

Not the answer you're looking for? Browse other questions tagged fastboot google-pixel factory-image google-pixel-3-xl or ask your own question.

0
Pixel 3 stuck in Fastboot mode with “no valid slot to boot” when trying to install factory image
2
How can I upgrade my “obsolete” Pixel to a current/secure version of Android?
1
Pixel 4a : adb detects device but fastboot command doesn't work