How to recover glitching Galaxy S9?

Last week I totaled a Galaxy S9's screen which I owned for over two years. I liked the phone so I headed up on Facebook market to look for another one.

I discovered a phone that I liked and went on to buy it.

When I had the phone in my hands, before paying, I run a service code (#0011# to see if all sensors/screen etc worked). This passed so I bought the phone.

Also, the phone won't do Samsung updates. It would either throw an error after download (The downloaded file is not correct) or restart when attempting.

Here's the harsh part: not long after leaving the dodgy seller, while going home, the phone started behaving really weirdly: sudden restarts, some screen glitches, and artifacts. The phone also loses battery pretty quickly, either due to the weird sudden restarts or else. 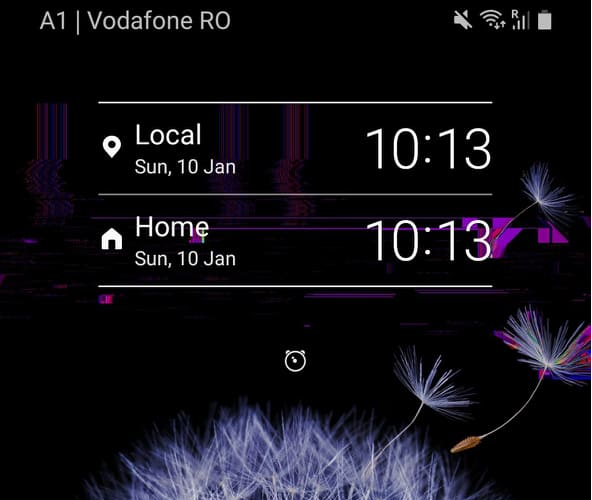 Note the purple glitches. I was able to record these with a screenshot, meaning it comes from the GPU chip?

The first thing I looked at was the water damage sticker beneath the sim tray:

I then managed to charge the phone fully and log in with a Google account, which allowed me to do further diagnostics. I installed Geekbench and run a test. The phone has a normal score for this model.

I tried filming, calling, playing games on the phone and all seems well.

I have a few options for repairing this weird phone

How to proceed from here?

I am a bit unfamiliar with choosing the right firmware etc. I have the following information in the phone's software info:

Can anyone suggest what to do next? I'm itching to open the phone, but I think it's wiser to try and repair it from firmware.

bootloader level is increased in 1 digit

you can download rom for SM-G960F from updato, samfirm, frija or samloader. try lowest bootloader first, as you already stated downgrade is impossible (and higher version usually comes with higher protection against rooting). you can check bootloader version from download mode screen

Thank you alecxs for your support. It kept restarting and showing a bicolour (green/blue) padlock which I assumed was a security feature from the carrier. The phone will work for extended periods of time, however, it would randomly restart when using standard google/samsung services, even with a new firmware.

1
What do the numbers and letters in the Samsung Firmware mean?
1
Samsung S7 - Developer options not showing after build number pressed 7 times
0
How I can downgrade from U3 to U1 "oreo to nougat"
1
Having trouble unlocking boot loader galaxy s9

1
Trouble understanding this Cyanogenmod PSA
0
How to properly downgrade a phone that shipped with a newer version of Android?
3
Is it possible to clone a Phone then flash image on other phones?
1
Is wiping the data partition totally unnecessary after this adb fail and stock restore?
0
Looking for help choosing the correct stock recovery.img file for my phone
0
Meaning of Samsung bootloader codenames?