I have an old android tablet - Asus/Google Nexus 7 (2013) - which I would like to use with Touch Portal. The tablet was factory reset several years ago and has, I believe, the latest release of Android (6.0.1) that was officially released for it.

I've tried a couple of times to get signed in to my Google account on the device. It prompts me for my username and password and then appears to hang - currently over 24 hours as I write this.

I have a feeling that this is caused by 2 factor authentication which I have enabled on my account - the default of which is a security key, specifically a Yubico Yubikey 5 NFC.

I once saw a message about using a security key so I have attempted to use it via USB and NFC. When I tried this last time via NFC, I saw a new login in my Google Account at the same time but the screen still hangs.

I'm not prepared yet to disable 2 factor authentication (albeit temporarily) quite yet but may consider it if there really are no other options. 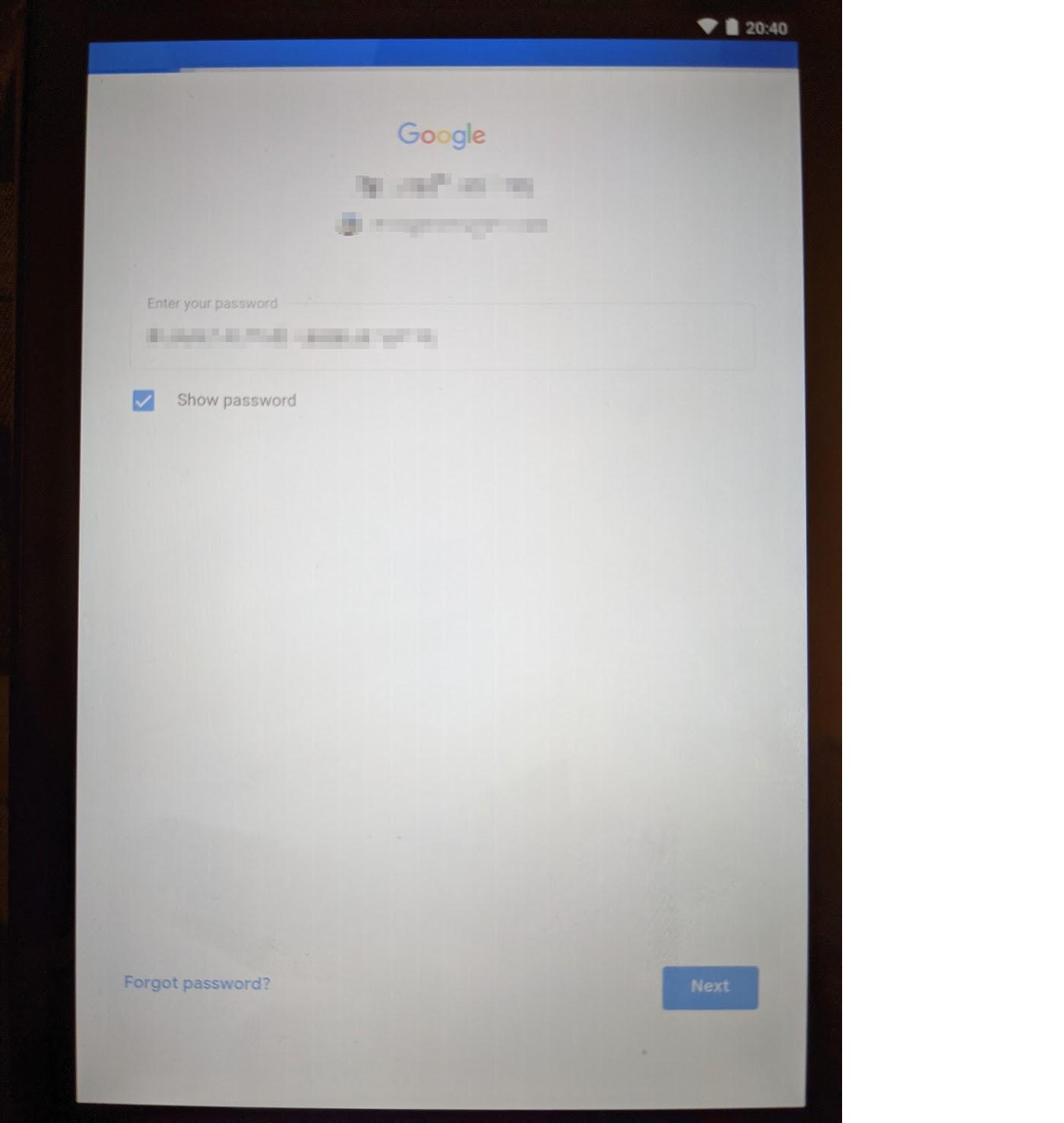 UPDATE Here's the confirmation that my Yubikey was used during the attempt to login despite nothing showing on screen prompting such action and nothing happening afterwards. 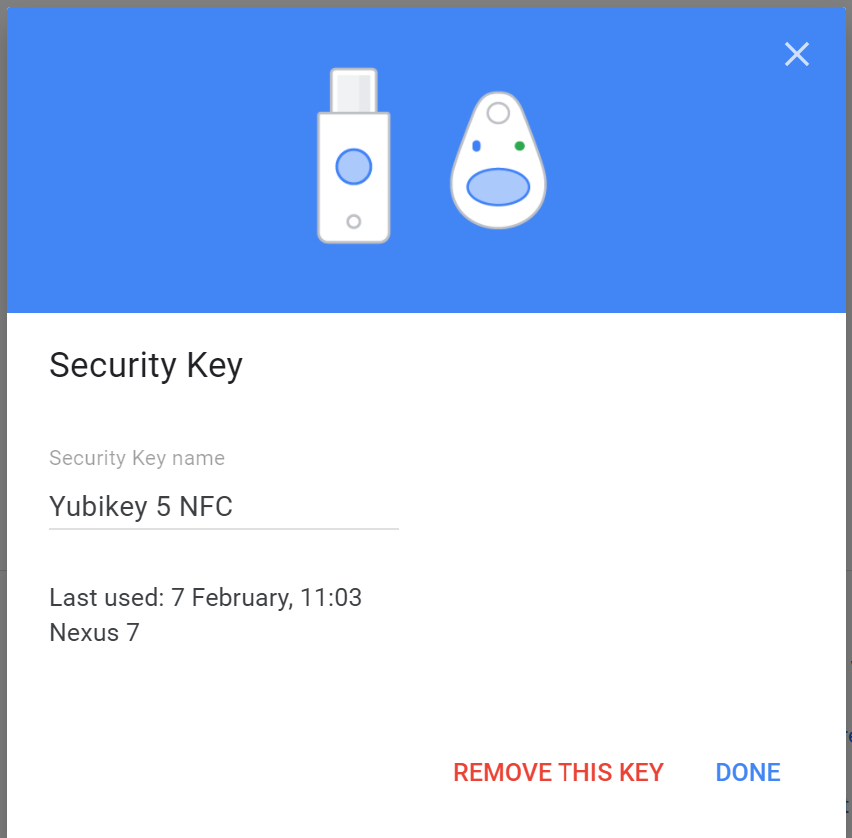 Thanks to @Robert who pointed me in the right direction.

Unfortunately Google Play services didn't update itself automatically even though it had been on for a couple of days. So... I resorted to downloading a recent version from apkmirror, found the right version for the 2013 Asus Nexus 7 (armeabi-v7a, Android 6.0+, nodpi).

It took a minute or so to install but it was successful, after which I attempted to login again. This time, after entering my password, I was prompted to choose how I wanted to use my security key to login. Chose NFC, and I'm in.

Not the answer you're looking for? Browse other questions tagged 6.0-marshmallow google-account or ask your own question.