How to link chrome html files together on android

I have multiple chrome html files on PC that are all linked together.

However, putting all these files together on mobile (SAMSUNG S8+ Updated up to date) does not allow them to be connected no matter which web browser or html viewing application I try to use (Clicking to go to another page just gives an error saying the other html file cannot be found). Additionally, the images part of the html document do not seem to load on mobile despite being in the same folder still.

I am wondering if there is a way to have all of these files linked on android as it does on PC.

Edit: As being said by @Robert, it probably is the default behavior of Google Chrome.

in this case I assume it is simply that Google has disabled the file:// protocol by default as it made it possible to browser and download files from the app-private directories. Not sure when this limitation was introduced.

Because, an app have access to its app-private user data, which is obviously not secure.

AFAIK on the latest Android, apps no longer can access internal storage. Which is Chrome will say access denied. Even if you try to open it by yourself with html viewer, it can only access just what you open excluding other files that linked.

Try to use HTTP server. Here's some option to install on Android 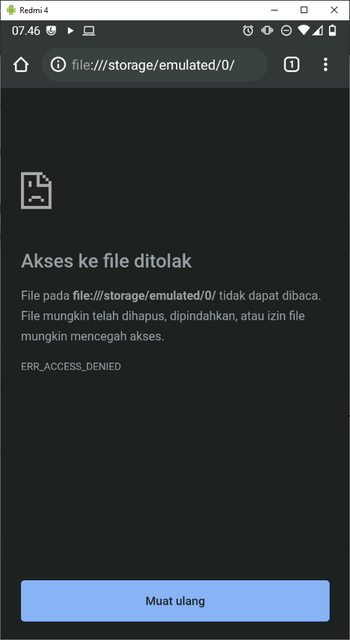