Is it possible to restore the data of Microsoft authenticator from a TWRP backup?

After installing the latest LineageOS update on my phone, unfortunately, my phone boot looped, so I made a backup using TWRP, and I did a clean install of the latest version of LineageOS, attempting to restore the backup TWRP had made, but only for my phone to be boot looped yet again. Unluckily for me, I had to "restore" my apps by simply downloading them (through the Google Play Store) and logging into them. Sadly though, one of my necessary apps/accounts requires two-factor authentication, which is a problem because my two-factor authentication app ("Microsoft Authenticator") had gotten wiped, and although it is backed up in TWRP, I don't know what I can do with it. Also to note, there are no other "additional" methods of logging in for this account of mine. Now I am stumped, as to what I could possibly do to be able to recover either #1 My keys + all of my Microsoft Authenticator app data or #2 Be able to find out what other accounts were linked to my Microsoft Authenticator app.

I am aware that I'm able to extract TWRP's files (each has some sort of "win" extension) by renaming their extension to ".tar" and opening them with a file archiver like 7zip/WinRAR. However, my question is, what would I have to do to be able to possibly restore my Microsoft authenticator app data to my phone, without having to restore the entire data partition of my TWRP backup (Because if I were to restore the entire data partition, my phone would boot loop again).

Sources I checked out:

Restore-apps-from-a-nandroid-backup-using-titanium-backup - Titanium Backup doesn't work well on the more up-to-date versions of Android (Particularly Android 11, since that's what I have right now), the same thing with Nandroid Manager (Nandroid Manager isn't maintained for the time being)

Restore-app-data-without-restoring-the-whole-image -- Could be a plausible solution, but I don't know where I'd paste the data/data file (I don't even know what the data/datafile looks like) to, cause I don't have anything similar to "sd/ext.SD", and I don't know what'd be considered my "readable memory."

Restore-data-of-a-specific-app-from-a-twrp-backup -- Asked 8 days ago, a remarkably similar issue to me. However, I don't think I can replicate the steps since I found two com.azure.authenticator's, each in separate "win" files (One has the base.apk, another has some other files, an image of me combining them is shown)

TLDR: How can I recover solely my Microsoft Authenticator data from my TWRP Backup?

Any help would be much appreciated, thank you!

With much thanks to @Robert and especially @Firelord I was able to resolve my problem, and with relative ease.

Below contains all of the steps I had to take to recover the necessary information I required from the Microsoft Authenticator folder. 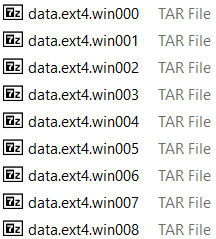 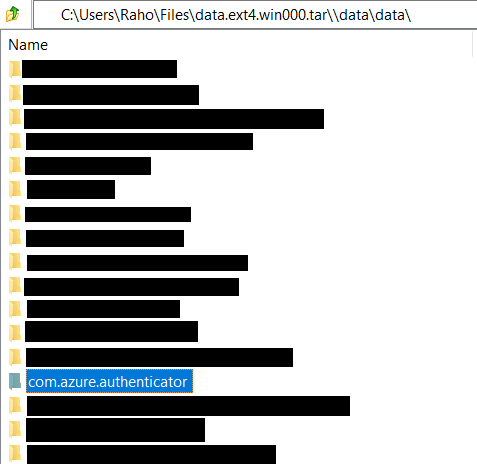 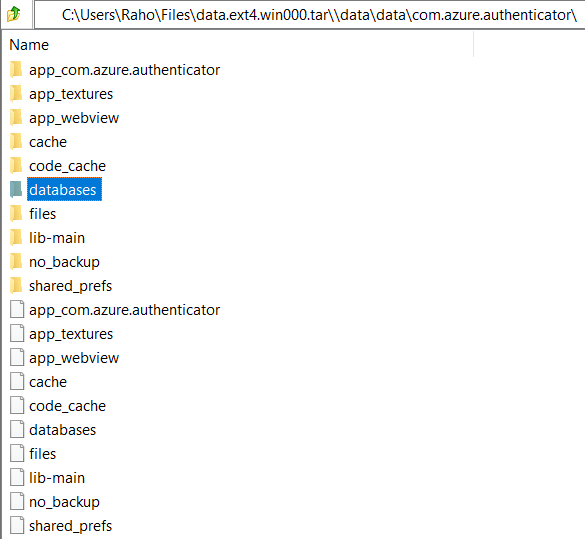 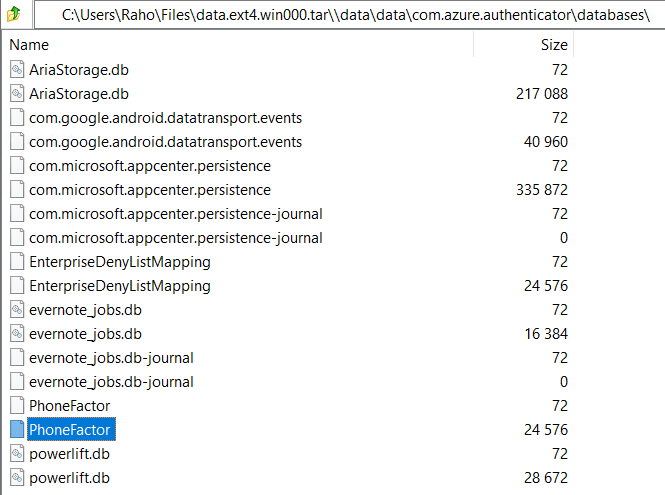 Boom, you have now successfully recovered the OTP information from Microsoft Authenticator

Not the answer you're looking for? Browse other questions tagged backup twrp android-11 .

3
Restore data of a specific app from a TWRP backup