But will this disabling reduce the space the app consumes.

I tried disabled Facebook from app settings and the size reduced significantly. 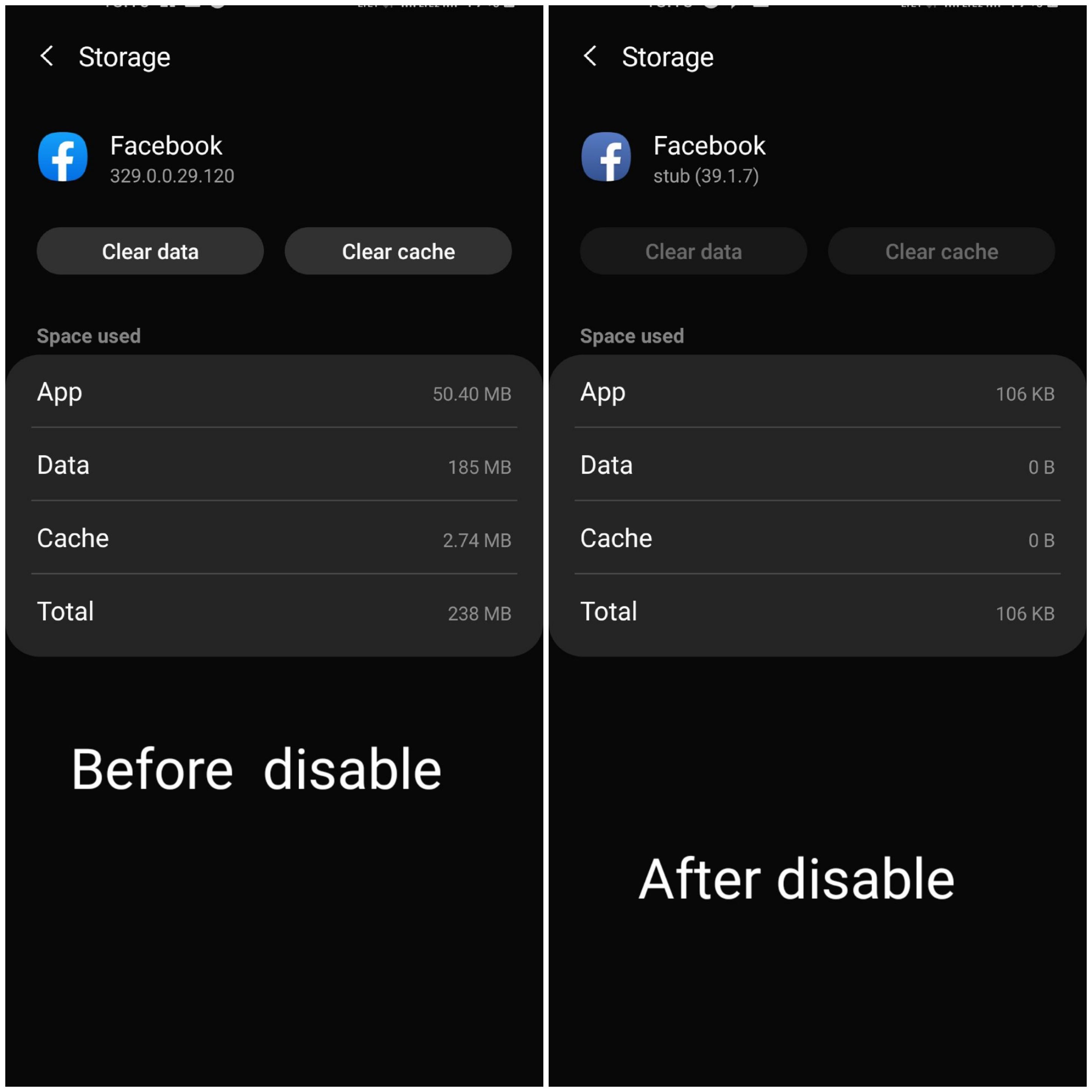 Will adb uninstall do the same ?

Yes and no - that depends if the app has created user data at run-time and if it has installed an update e.g. via Google Play Store (system updates are irrelevant here).

No Update via Play Store installed

If you uninstall a system app (or better disable a system app as uninstalling would require root permissions) no space is freed. But this only applies to system apps that have not received an update via e.g. via Google Play Store.

If the app has been run and has created user data this user data is deleted when you disable/uninstall the app. So depending how much space you can regain by disabling such an app depends on how many user data it had created.

But system apps are not static, they also get updates via Google Play Store or via a manufacture specific store (e.g. Galaxy Store for Samsung). As system apps reside on the system partition and this partition is read-only the update has to be installed on the user data partition. So effectively you have the app installed twice, one time the old version on the system partition and a second time the recent version on the user data partition.

In your case it is the Facebook app this means:

Disabling it has deleted the installed updates and the user data of Facebook app. As the Facebook app is pretty large you have gained some megabyte back by disabling it.

Not the answer you're looking for? Browse other questions tagged adb internal-storage uninstallation system-apps bloatware .

2
Internal memory decreased even if no apps is installed
0
How to reduce Apps memory After Updating
0
Does `pm uninstall` also automatically execute `force-stop` and `clear` on a non-rooted device?
2
Halp...soft-bricked A40 after uninstalling apps ADB!