Why is there a blank white space under some Apps?

This seems to happen in any app that uses some kind of comment display thing.

Here are some pictures. (sorry that they're not screenshots, I don't think it's possible without root) 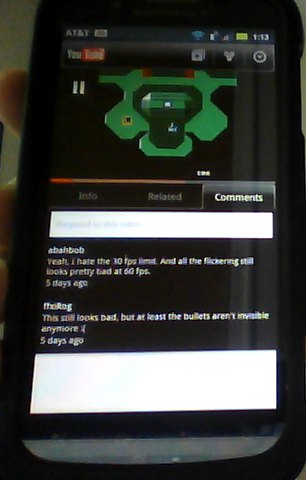 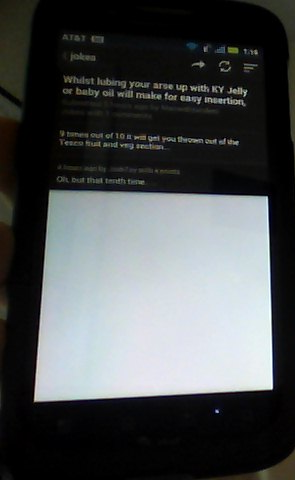 This also happens with every other Reddit app on the market. All of them have the exact same problem when viewing comments.

I assume that there is some UI control in common between them, something that lists read-only tap-able text areas, but I'm not an Android developer so I don't actually know for sure.

I'm using a Motorola Atrix 2 from AT&T with stock ROM.

As far as I know, this is just the way Motorola designed their BLUR interface. See, for example, this screenshot from a blog post on Motorola's dev site: 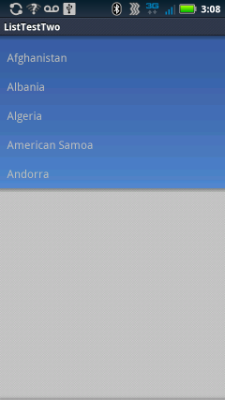 This basically appears anywhere that a developer uses a ListView object, which is fairly common as it's the native way to display...well, a list of things (appropriately named, no?). Motorola describes their reasoning as such:

The gray background at the bottom of the list is inherited from the device theme. Its purpose is to show users where the list ends.

In your case, the gray is instead white (which I've also seen on the Droid X), but the same concept applies.

If you want to get rid of it you basically need to re-theme your device and get rid of the BLUR UI, which is generally not possible without rooting and using a custom ROM due to how tightly integrated it is into the system. Alternatively, you could email the developer and politely ask them to re-theme the ListView, since they have the option to explicitly override the default theming if they want. Whether or not they think it's worth the effort is kind of out of your control at that point, though.

Not the answer you're looking for? Browse other questions tagged applications motoblur or ask your own question.

1
Why are some apps hidden and how to unhide them
4
Why am I unable to install some apps?
0
Why are apps taking up more space?
1
Why some apps can't access internet using wi-fi?
1
Why are there multiple versions of “Phone” installed under all apps in Android Lollipop?
0
I turned off some apps that were necessary, now things dont' work
0
Why do the system apps show 0B memory space occupied?